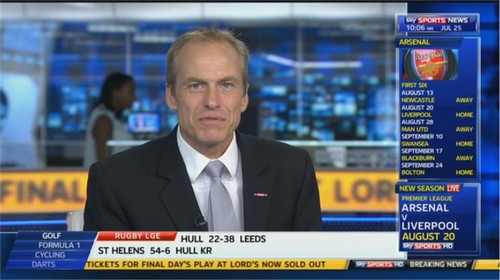 Rob Wotton is a presenter on Sky Sports News.

Part of the original presenting team on Europe’s first only 24-hour sports news and information service, Rob has also regularly presented the busy football nights on Soccer Special, and reported for the channel.

Rob joined Sky Sports News from Sony award-winning Capital Gold Sport radio where he worked for seven years, initially as a freelancer across both news and sport, committing himself fully to the latter in 1994.

Rob enjoyed a gruelling schedule during his radio career, covering up to 150 games a season for the popular London station. During this time he shared the mic with legendary commentator Jonathan Pearce for a number of years, providing colour commentary, score updates, team news and pitchside interviews.

He combined commentary and reporting on both club and international football for Capital Gold, who covered England internationals home and away throughout the last decade. The highlights of his time with the London football specialists included the World Cup in France ’98 and the euphoric Euro ’96 tournament in England.

An avid Chelsea fan, Rob’s commentary appears on the Chelsea 97 Cup final CD and his ultimate ambition would be to see the Blues lift the Champions League or, failing that, to watch England win the World Cup. 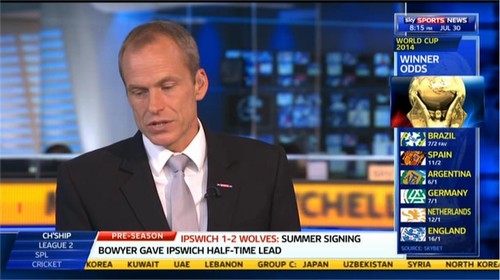