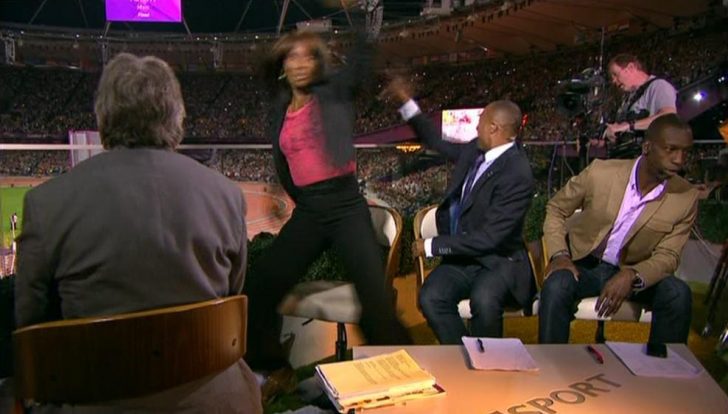 The three former Olympians who went mad for Great Britain’s Mo Farah in the 10,000 metres on Friday have had yet another eventful evening.

Denise Lewis, Colin Jackson and Michael Johnson, who were providing punditry for the BBC in the Olympic stadium, cheered home “The Big Man” Usain Bolt as he completed the 100 metres.

Bolt, the 25-year-old from Jamaican, crossed the line first in 9.63 seconds, with his countryman Yohan Blake in silver and American Justin Gatlin in bronze.