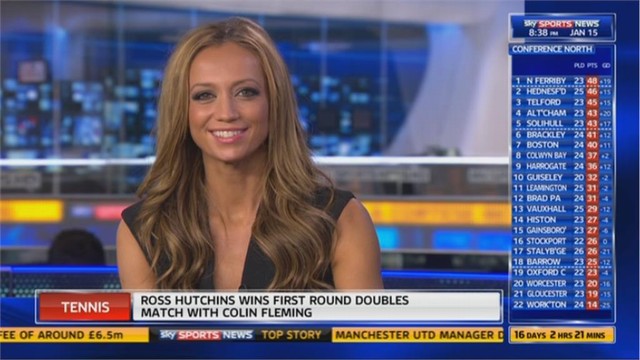 The 35-year-old begun her career at Fox during Liverpool’s FA Cup third-round replay at Plymouth on Wednesday evening.

Abdo has worked with Fox Sports previously, as part of the network’s coverage of the 2015 FIFA Women’s World Cup in Canada where she hosted the FS1 nightly wrapup show, FIFA WOMEN’S WORLD CUP TONIGHT.

She also hosted FS1’s coverage of the prestigious Algarve Cup and paired with Rob Stone, based in Los Angeles, while stationed in Ottawa to host FOX Sports’ FIFA Women’s World Cup Draw show in December 2014.

“Absolutely delighted to join the @FOXSports family – a team I already know and love!,” she said on Twitter.

Born in England, Abdo speaks fluent English, Spanish, French and German. She studied at universities in both the UK and Spain, graduating with honors and earning a degree in European Languages.