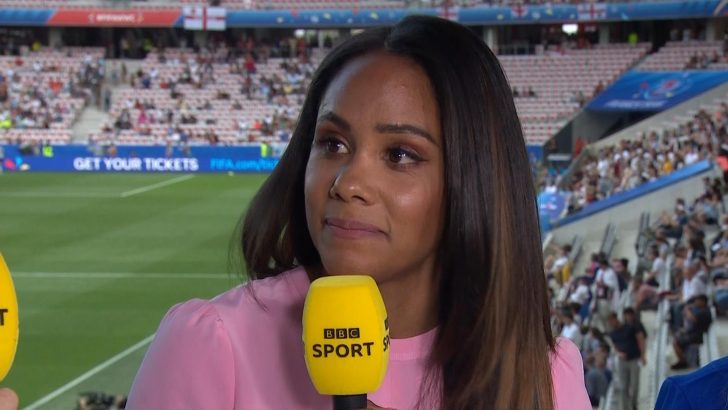 Alex Scott will take part in the 17th series of Strictly Come Dancing later this year.

The former Arsenal football captain is a pundit for BBC and Sky Sports and a regular on BBC’s Match Of The Day.

“I am absolutely buzzing to be signed up to Strictly,” said Alex.

“It’s the show I’ve always wanted to do and I can’t believe I’m finally going to be part of it. I’m super excited, but also terrified at the same time…

“The football pitch is a bit less glam than the ballroom, but I’m ready to try the sequins and dresses! Bring it on!”

Alex signed with Arsenal aged eight and stayed with the team for most of her career. She helped the club achieve a domestic double of the FA Women’s Cup and the FA Women’s Premier League.

Alex was also a key figure in the historic quadruple season for Arsenal in which they won all their trophy competitions. She then led the team as captain for the 2014/15 season.

While playing for England, Alex travelled the world playing football, also representing Great Britain in the 2016 Olympics in Rio. When she retired in 2017, Alex was the second most capped England player with 140 appearances.

Since her retirement in 2018, Alex has begun a career in broadcasting. Alex is a key member of BBC Sport’s football broadcasting team and has become a regular face for Sky Sports football coverage. She made history last August as the first female Sky pundit on a Sky Sports’ Super Sunday and made waves as a fresh addition to the BBC World Cup commentary line up.