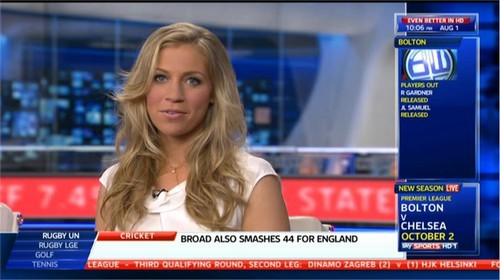 London-born Millie went to school in St Andrews before heading off to study English and French (although she gave up the latter) at Oxford Brookes University, where she had a stint as a radio DJ presenting the brunch show and eventually ended up with a 2:1 in English Studies.

Millie finally got her big break as a presenter of a celebrity gossip show with Booty Call.

It was essentially a television version of a newspaper gossip column, but once a quiz was inserted to the format, she then moved onto presenting on The Great Big British Quiz.

In January 2006, she went along to Sky Sports News “for a chat and a screen test”. She was then given a job, but did not go straight into presenting, spending the first couple of months getting to know every aspect of a 24-hour sports news channel.

There have been plenty of highlights in her short time at Sky Sports News but none, she says, will beat the time when Crystal Palace chairman Simon Jordan delivered a writ to former boss Iain Dowie, in the middle of a live press conference confirming him as the new Charlton boss.

She says her ambition is to “have enough money to buy a pair of Jimmy Choo shoes” but at work, her dream job would be presenting her own show – preferably dealing with celebrity gossip and current events.

In the meantime, she is willing to branch out into any other presenting jobs that may come her way at Sky Sports. 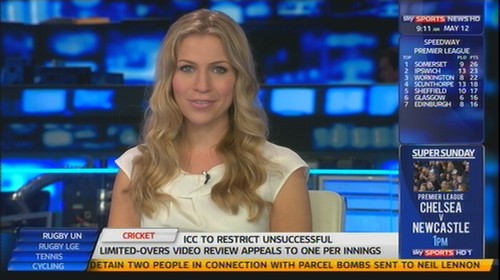 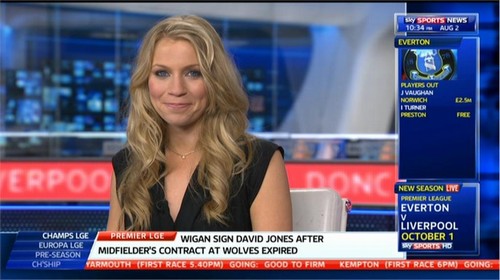 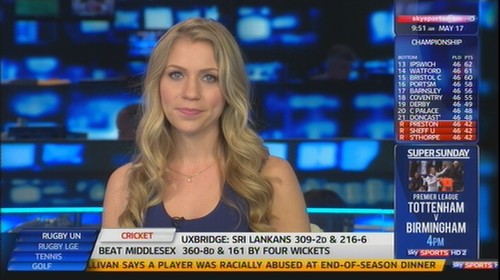