Where are you from?
Ealing, West London

How did you get started in broadcasting?
I won BBC Talent’s Search for a Football Reporter.

When was that?
It was in November 2002 when I was 6 months out of University.

Why Sports News broadcasting?
I’d been a reporter for BBC Sport for 3 years and wanted to have a go at presenting – the job came up in SportsNews so it was an ideal opportunity.

Where else would have viewers seen or heard you before?
I’ve worked as a reporter on Match of the Day, Final Score and Football Reporter since 2002 and I’ve also read the Sports News on Radio Five Live, Radio 2 and Radio 1.

What is your Best on-air moment?
Along with about 50 other reporters I had to chase Freddie Kanoute from the stadium onto the Mali coach to grab him for an interview for the African Nations Cup coverage – and just about managed it!

What is your Worst on-air moment?
When I was doing a match report from the Valley on Charlton versus Crystal Palace (who are my team) on the last day of Season 2004/05 and the whistle went while on BBC1 and Palace had been relegated from the Premiership. I had to be totally professional and just tell it like it was despite feeling so sad we were down. I also said Chelsea have a had a crapper instead of cracker during a match report from Stamford Bridge for Final Score. Oops!

What would you like to do before your career ends?
Gosh, probably report from a Champions League Final when Palace beat Real Madrid in the last minute! In a completely different area, I’d like to do a series of documentaries about the plight of animals close to extinction.

What do you like to do in your spare time?
I like going to the theatre, running, cooking and going on sunny holidays.

What advice would you give to anyone that would like to get into the broadcasting world?
I’ve not really been in the business long enough to be in a position to give out loads of advice. From my own experience I’d say, just never give up.

A big thanks to Rebecca for taking part. 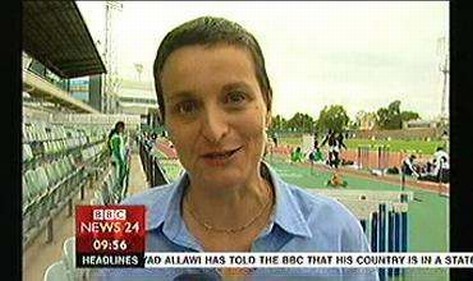 Name? Rachel Harvey Age? 41 Where are you from? Cornwall How did you get started in broadcasting? Joined the BBC as a Studio Manager (radio sound engineer) When was that? 1988 Why News broadcasting? Because its fast moving, immediate and… 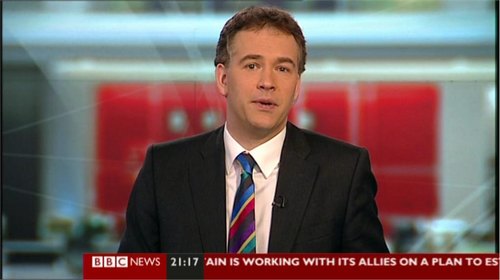 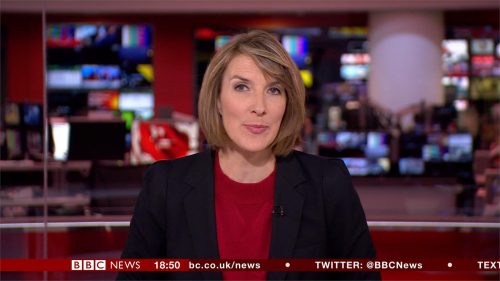