Where are you from?
Glasgow via Zambia

How did you get started in Broadcasting?
Joined ITN as an editorial trainee

Why News Broadcasting?
I always wanted to be a journalist but kind of fell into TV by accident (my colleagues might say it shows!) One of my lecturers suggested I apply for the ITN scheme so I did. I joined with Jonathan Munro – now Head of Input at ITN on ITV. As well as John Schofield who was killed in Croatia while working for the BBC in the early nineties. And Tess Stimpson who to her credit got out of the business and now writes for a living.

Where else would have viewers seen or heard you before?
Have always been an ITV man though I did freelance for a few months for SKY. I did the Hamilton Rape allegations for them which was a lot of fun.

What is your Best on-air moment?
I have two. Reporting live from RAF Northolt when Prince Charles brought Diana’s body back from Paris. I remember someone saying in my ear just before I spoke, ‘The BBC are going ahead with Songs of Praise, there are 13 million people watching. Good luck.’ The second was reporting the Tsunami from Thailand this year.

What is your Worst on-air moment?
Something you will never see on It’ll be Alright On The Night (tho they did keep asking for several years) I ‘lost it’ in a live from Belfast one night back in the early nineties. I was reporting on the arrival of a new Secretary of State who I knew absolutely nothing about. I cribbed some details off a political colleague and then learned by heart my script (something I have never done since!) The first question went fine and then half way through the second I completely lost my place and, of course, because I did not know what I was talking about I panicked and started gabbling nonsense. It was horrifying and still gives me nightmares to this day. Happily, I recovered and now prefer live reporting to any other part of the job. The moral to this tale is ALWAYS know what you’re talking about and don’t try to ‘act’ a live.

What would you like to do before your career ends?
I would like to have five good years as a foreign correspondent. I grew up reading guys like James Cameron.

What do you like to do in your spare time?
For someone who talks for a living I love to write. My specific interest is writing for movies.

What advice would you give to anyone that would like to get into the broadcasting world?
You need to be determined and never give up. The people who succeed in this business tend to be the ones who push hardest. And its harder now than it was when I started out. The other thing about tv is the obvious one; if you’re pretty you’ll be looked at more favourably than your less photogenic colleagues (though you will still have to perform as well if not better). Make the most of yourself. Don’t underestimate the importance of appearance, smartness and style.

A big thanks to Eric for taking part. 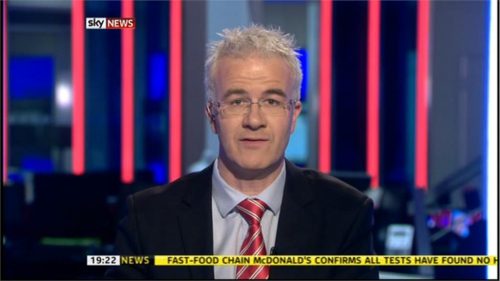 Name? Enda Brady Age? 30 Where are you from? Enniscorthy, County Wexford, Ireland How did you get started in broadcasting? I studied a BA (Hons) Journalism in Preston when I first came to England (1993), from there I joined the… 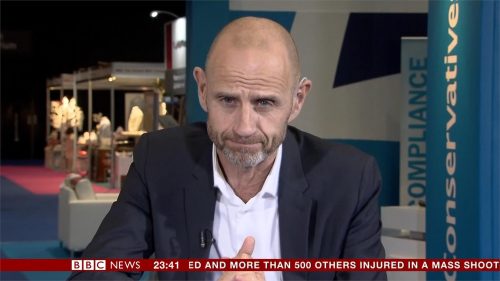 Name? EVAN DAVIS Age? 43 Where are you from? BROUGHT UP IN ASHTEAD, SURREY. BORN IN MALVERN WORCESTERSHIRE How did you get started in broadcasting? I WORKED FOR AN ECONOMIC RESEARCH INSTITUTE AND A BBC PRODUCER CALLED, ASKING IF I… 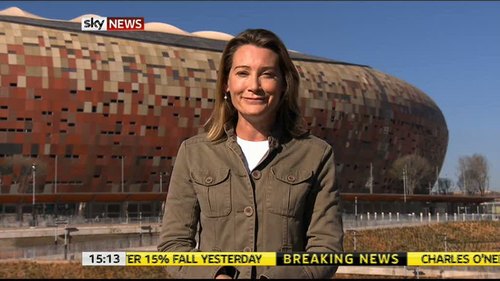 Name Emma Hurd Age 34 Where are you from? Lincolnshire How did you get started in Broadcasting? Worked as a volunteer for my local BBC Radio Station when I was 16. After a degree at the LSE and a Postgraduate…