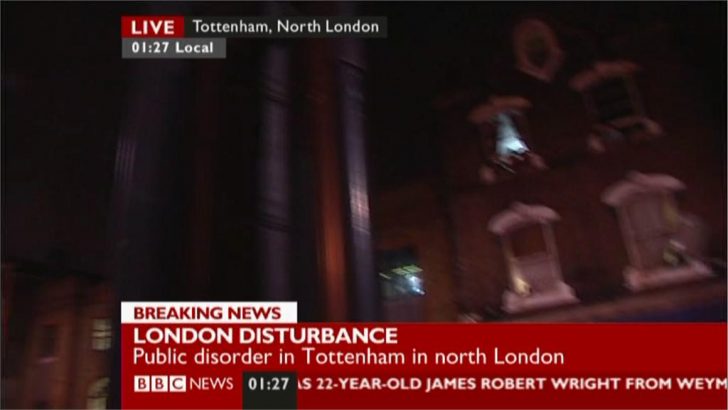 Welcome to TV Newsroom’s live updates of the riots and looting that is sweeping across the UK.

12th August, 6:52am: BBC One will broadcast a Crimewatch special on Thursday 18th August at 8pm.

11th August, 11:09am: The Premier League match between Tottenham and Everton for this Saturday has been Postponed.

10th August, 16:01pm: A Tonight special looking at the recent rioting will air on ITV1 at 7:30pm tonight in place of the cancelled international football match between England and Holland.

10th August, 15:15pm: Sky News will host a debate “Why are they rioting?” tomorrow night at 8pm. The hour long debate will be presented by Colin Brazier.

2:15pm: Sky’s Mark Stone will be on BBC Radio 4’s The Media Show at 1:30pm today. He’ll be discussing his coverage of the looting that took place in his hometown of Clapham, South London.

9th August, 9:51pm: Michael Gove will be on BBC Newsnight tonight to discuss the riots.

9th August, 9:32pm: Reports coming through on twitter that an ITV Camera man has been attacked in the Manchester area outside a Diesel store. ITV Granada’s Mark Tattersall says “It’s getting too dangerous now”. Also another cameraman’s car has been torched within salford. As a result all ITV crews across Liverpool and Manchster are returning to Granada TV.

9th August, 7:24pm: @ArifBBC “Our BBC radiocar is destroyed. But thankfully the reporter is ok. So is my cameraman. Thanks for concern.”

the 60-minute special, Presented by Krishnan Guru-Murthy, will air on Saturday 13 August at 7pm.

9th August, 13:59pm: There will be a Daily Politics special on BBC 2 on Thursday afternoon.

9th August, 11:30am: David Cameron say he has spoken to the speaker of the house and has recalled parliament for Thursday 11th August 2011. A debate on the rioting will follow a statement from David Cameron and Theresa May.

9th August, 12:44am: Sky News reporter [[Mark Stone]] is trending worldwide on Twitter tonight after his report on the looting in Clapham, South London.

After the main looting died down, Mark and his cameraman walked up the high street looking at the damaged, looted shops. Mark then entered boots the chemist and found an empty box of Imodium.

8th August, 6:42pm: The Sky News copter zooms in on a youth as he turns around and moons the police in Hackney during the latest rioting.

7th August, 1:58am: BBC Reporter Andy Moore and his cameraman got into a spot of bother tonight covering the riot in Tottenham, North London.

Both The BBC and Sky News have since pulled their camera teams away from the scene. 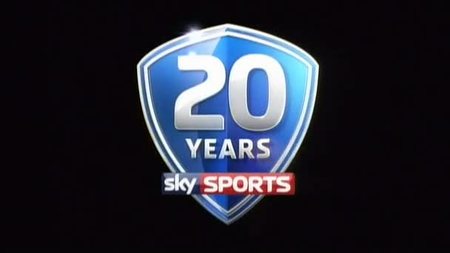 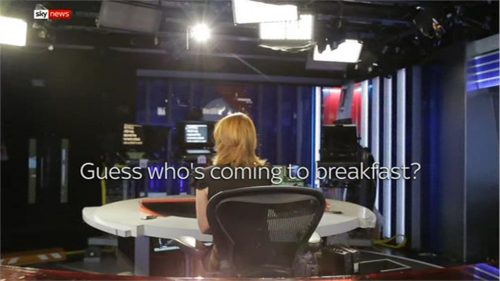