Sky News available in America and Canada via Livestation 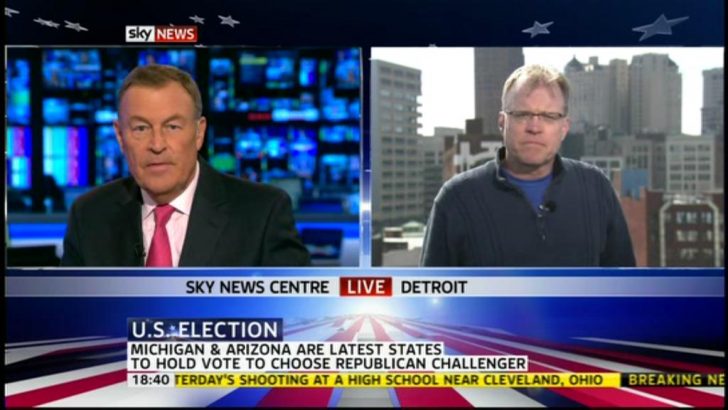 Sky News is now available in the United States and Canada via the largest aggregator of live television news online, Livestation.

Viewers in the U.S. and Canada will have access to Sky News’ international feed by subscribing to Livestation for $2.99 a month.

“This is a great step forward for us,” said [[John Ryley]], the head of Sky News.

“Recently Sky News has increased its global reach to 103 million homes around the world and I am delighted that we are now available in both the United States and Canada as well.

“The US news agenda is one that we feature heavily on Sky News and I’m thrilled that our world-class international news coverage can now be enjoyed by our viewers there.”

Sky News regularly report on major U.S. stories including in depth coverage of the 2012 Presidential Election. The channel has a bureau in Washington DC which includes correspondents [[Greg Milam]] and [[Dominic Waghorn]] and White House analyst, Jon-Christopher Bua, as well as correspondent [[Hannah Thomas-Peter]] in New York.

Lippe Oosterhof, Livestation CEO added: “Livestation is thrilled to launch Sky News in North America; feedback from our user base shows that there is a strong demand for quality live TV news in the US and Canada and Sky News certainly falls into that category.

“Today, live streaming offers a credible alternative to traditional closed distribution such as cable and satellite and this deal demonstrates that even premium content can launch online first.”