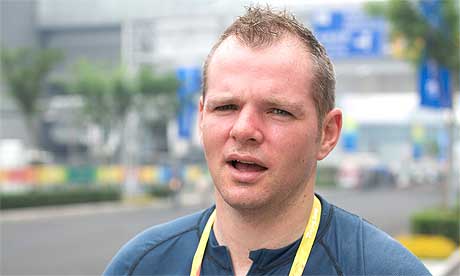 Paul has been the Chief Sports Reporter at the paper for the last four years.

During that time he has covered major sports news stories and events including the London 2012 Olympics and the 2010 World Cup.

In 2011 he was named Sports News Reporter of the Year by the Sports Journalists’ Association and in 2009 won the SJA Story of the Year Award for his exposing of the rugby union Bloodgate scandal.

Paul said: “I have enjoyed an immensely rewarding time in newspapers, most recently at the Daily Telegraph, but the opportunity to move to Sky News offers a hugely exciting challenge, one that I am looking forward to enormously.”

Jonathan Levy, Head of News Gathering at Sky News, added: “Sky News is absolutely delighted that Paul is joining us. In hiring an award winning journalist with a record of breaking big stories, we’re demonstrating our commitment to top class sports news coverage.”

Paul will take up his role at Sky News in the spring.