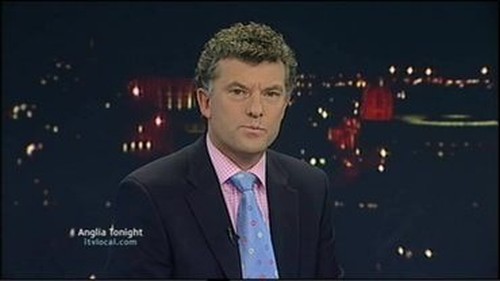 Jonathan will join the team at Channel in May, and will present the 6pm programme alongside Jess Dunsdon.

He is no stranger to the Channel Islands – he holidayed in Alderney as a child and grew up in Jersey, where he regularly visits family and friends.

“It’s wonderful to be returning to the island I love and I can’t wait to get started when I come over in May, said Jonathan.

“To be part of the presenting team with Jess will be a terrific honour and I look forward to bringing the stories of the day to everyone in the Channel Islands at 6.”

Jonathan started his presenting career with Channel One Television and then the BBC in the 1990s later moving to ITV London as Sports Editor and Presenter and then ITV’s Network News.

Jonathan joined ITV News Anglia in 2008, presenting the nightly news in the east of England alongside Becky Jago.

Karen Rankine, ITV Channel’s Head of News, said: “He brings enormous experience as a studio and location presenter and live interviewer and we look forward to him bringing his warmth, personality and sense of humour to our flagship programme as co-host alongside Jess Dunsdon.”