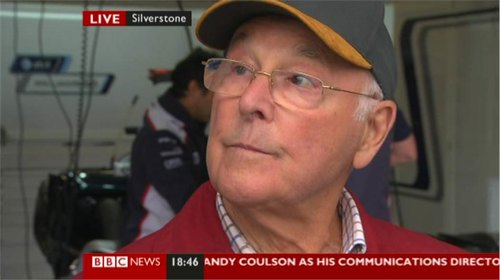 “A friend, a true motorsport legend, the nations favourite commentator and a contagious smile.

“Murray will be sadly missed, his mark and voice will live on in motorsport and our hearts forever.”

Sky F1 commentator, David Croft, said: “Rest in Peace Murray Walker, a gentleman and a legend in every sense of the word.

“It was an honour to know you, a delight to spend time in your company and inspiring to listen and learn from you. THE voice of Formula 1 and always will be. Thankyou xx”

Murray commentated on his first grand prix race for the BBC at Silverstone in 1949 and became a full-time F1 commentator in 1978.