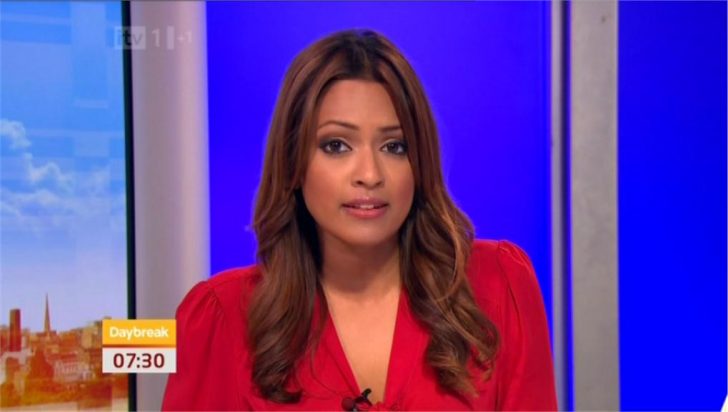 This evening, Tasmin tweeted: “Tomorrow is my last day at @Daybreak. I’ve had a fantastic time! I leave the show in the capable hands of David & Karl. I’m off to America!!

“Lots of exciting meetings planned in the States… but the UK will always be home!”

Tasmin’s been reading the news on Daybreak since its launch in September 2010.

Main hosts [[Christine Bleakley]] and [[Adrian Chiles]] were axed from the show in December after disappointing TV ratings. Peter Fincham, ITV Director of Television, said at the time: “Adrian and Christine are both superb presenters. They have worked tirelessly to help establish Daybreak on ITV1 and they leave the show at a point when ratings have recently seen their biggest year on year increase.”

Daybreak returned from the Christmas break on Tuesday with a refreshed on-screen look. 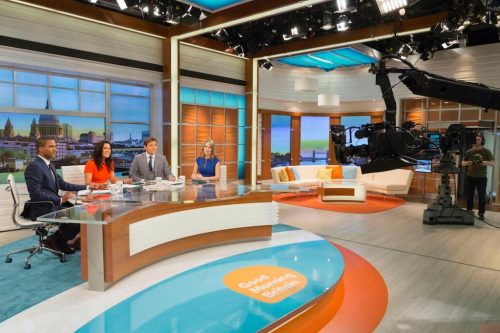 ITV’s new breakfast show ‘Good Morning Britain‘ begins this morning. The show will broadcast from 6am – 8.30am every Monday to Friday. Susanna Reid, Ben Shephard, Charlotte Hawkins and Sean Fletcher will present the show from the newly rebuilt studio… 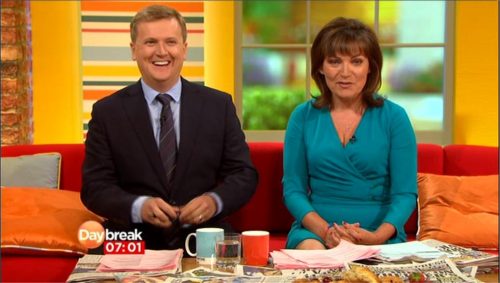 The final edition of ITV’s Daybreak airs this morning. The programme will be replaced by a new breakfast show from Monday morning entitled ‘Good Morning Britain’. The show, which will continue to broadcast in the same timeslot as Daybreak (6am-8.30am),… 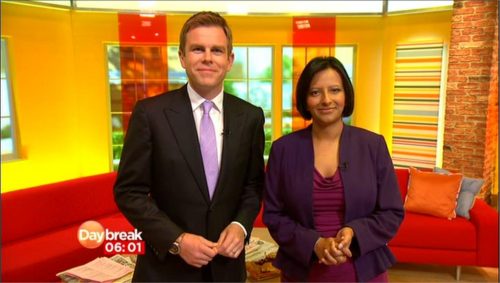 ITV has today given its breakfast show a relaunch. With new presenters, graphics, music and studio, the new Daybreak aims to “deliver the stories that matter to viewers in the world of news and entertainment.” From now on the programme…