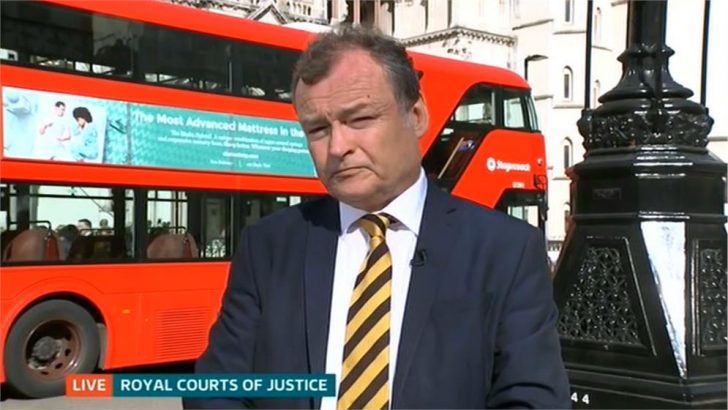 Paul Davies is an award-winning News Correspondent for ITV News, the news service produced by ITN for ITV.

David joined the company in 1983 after working as a reporter on TVS’s daily news programme, Coast to Coast.

Over the years Paul has won more awards for his work than any other television news reporter.

In January 1997 his reporting of the refugee crisis in the Krajina area of former Yugoslavia was part of a portfolio which won a Silver Medal at the New York Film & TV Festival.

In 1996 he received the Royal Television Society International News Award for a report from Grozny, filmed on the day when the Chechen capital fell to the Russians during which he was blown off his feet by a Russian tank shell. Just prior to receiving this award, Paul won Gold and Bronze Medals at the 1995 New York Television Festival for his reports on the plight of the inhabitants of Srebrenica following its capture by the Bosnian Serbs as well as from Chechnya. He was also awarded a Silver Nymph at the Television Festival of Monte Carlo for his reporting from Chechnya.

In 1991 Davies was reporting from war-torn Yugoslavia and observed the besieged city of Dubrovnik gradually succumb to the bombardment by the Serbian-dominated Yugoslav Army. His report of the week-long onslaught, which contained some of the most powerful war footage ever recorded, won the Gold Nymph Award for 1991 at the Television Festival of Monte Carlo. He subsequently returned to the country several times, reporting from the Sarajevo, Srebrenica and Vitez areas. His report in 1994 of the burning of an entire family in the cellar of their house at Ahinici near Vitez won a Silver Medal at the Television Festival of New York.

In the 1990 run-up to the Gulf War, Paul Davies and his crew were with the 4th Armoured Brigade in Saudi Arabia as part of the Media Response Teams and reported on the Brigade’s readiness for the expected conflict. When the war commenced at the beginning of 1991 he sent back regular reports of everyday life with an army preparing for battle – chemical gas alerts, travelling for hours in the confined space of an armoured personnel carrier and trench digging. The start of the Ground War saw Davies travelling with the Brigade into Southern Iraq, giving graphic reports of the routing of the Iraqi Army.

1989 saw Davies reporting on the Soviet withdrawal from Afghanistan, where for a long period ITN had the only crew in Kabul covering the last days of the Soviet presence. Later that year he covered the historical events in Czechoslovakia which saw the ousting of the old regime and subsequent election of a new Government. Paul was also present at the signing of the document that ended communist rule.

After Czechoslovakia came the Romanian Revolution. He was the first British TV Reporter in Bucharest and reported continuously from inside the Romanian Television Station which was the heart of the revolution.

Amongst his many other assignments for ITN, Paul Davies has reported from Northern Ireland, covered the 1984 miners’ strike and the bombing of the Grand Hotel in Brighton.

Paul’s journalistic career began in 1969 at the Southport Visitor group of newspapers and he was appointed news editor of the Bootle Times in 1973.

He helped launch Liverpool ‘s commercial radio station, Radio City, in 1974, and during a four year period there worked as a reporter, sports reporter and assistant news editor. In 1978 Paul went to Independent Radio News (IRN) as a reporter, before moving to TVS in 1981.

He was awarded the OBE in the 1993 New Year’s Honours List for his reporting from war zones. 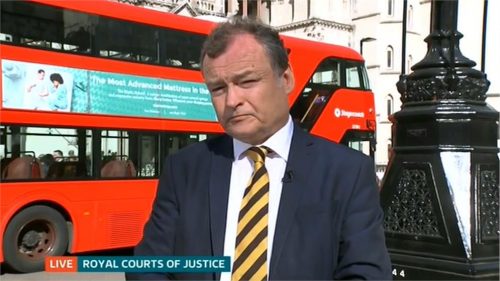