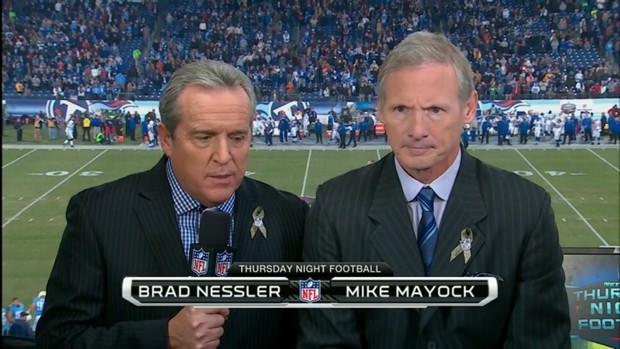 Mike Mayock – born 14 August 1958 – is a former professional football player, a safety with the New York Giants of the National Football League.

Mayock is currently a game analyst and a draft analyst for the NFL Network, as well as an analyst for NBC’s coverage of Notre Dame football.

Since 2005, Mayock has worked with the NFL Network, and has served as a college football analyst for ABC Sports.

He joined CBS from ESPN, where he worked as an analyst and sideline reporter for the cable network’s coverage of the Canadian Football League and college football from 1993–95. Additionally, Mayock has experience covering college football for Prime Network, NCAA Productions, Prime Sports Radio and the Big East Conference.

On January 8, 2011 Mayock teamed with Hammond to call NBC’s coverage of the Wild Card playoff game between the New Orleans Saints and Seattle Seahawks. This was his first NFL Playoffs game as a broadcaster.

On January 5, 2012 Mayock commentated the AFC Wild Card game between the Cincinnati Bengals and Houston Texans.

Mayock called Thursday Night Football on the NFL Network with Brad Nessler from 2011 through 2013. 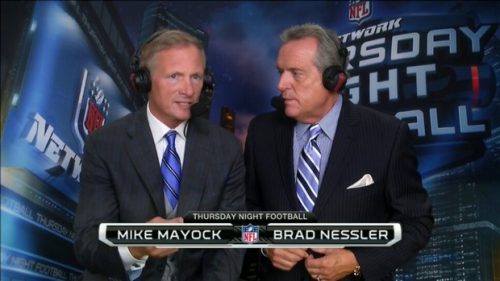 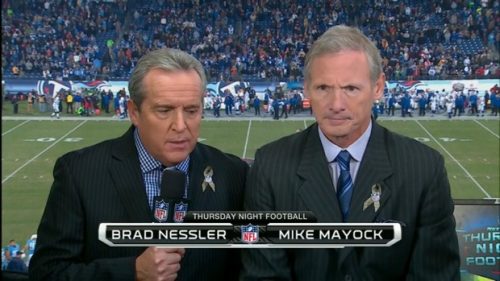 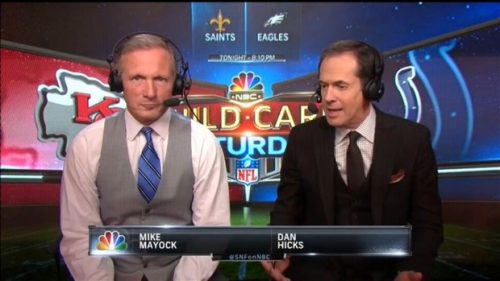 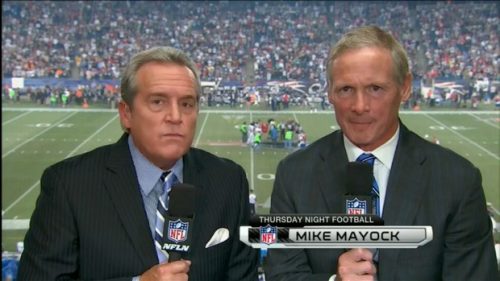 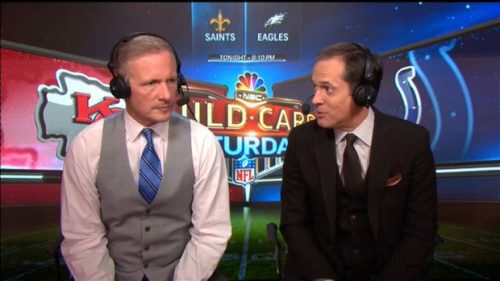 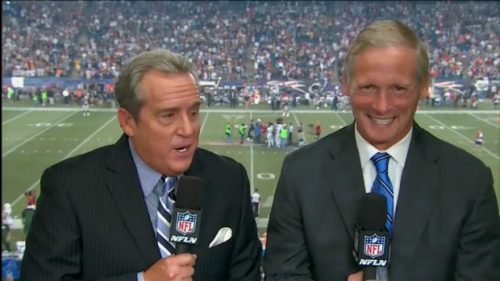 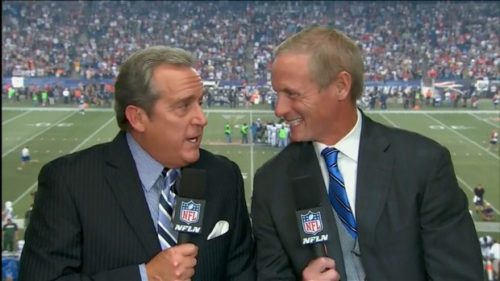 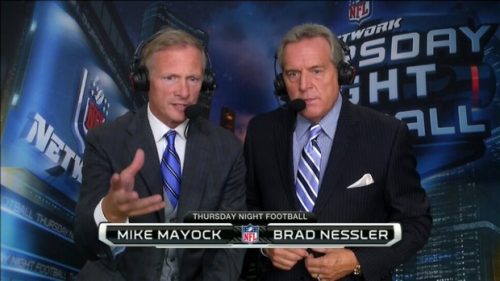