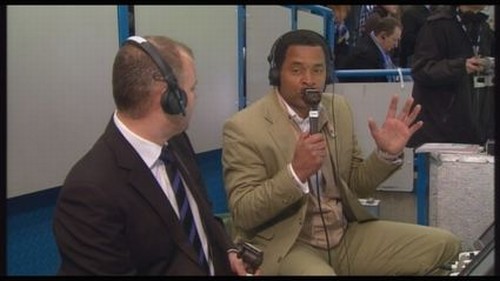 ‘Brighty’ has been a BBC football pundit for many years now.

He made his name as part of the famous Wright (Ian) and Bright strike partnership at Crystal Palace.

The two forwards helped fire the Eagles to the top flight in the late 1980s and to the 1990 FA Cup final, which Palace lost to Manchester United.

He was subsequently sold to Sheffield Wednesday and played for the Owls in both the FA Cup and League Cup finals in 1993, but on both occasions they were beaten by Arsenal.