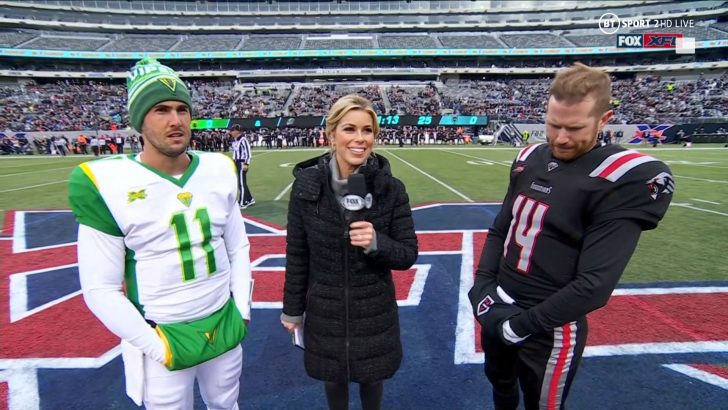 Her broadcasting career began with the Fox Sports North (FSN) regional affiliate. Taft is also a pit reporter for Battlebots on the Discovery channel.

In 2020, Taft served as a sideline reporter for Vince McMahon’s XFL on Fox and FS1.

Taft is the daughter of John Taft, a former professional ice hockey defenseman and member of the United States men’s national ice hockey team at the 1976 Winter Olympics. 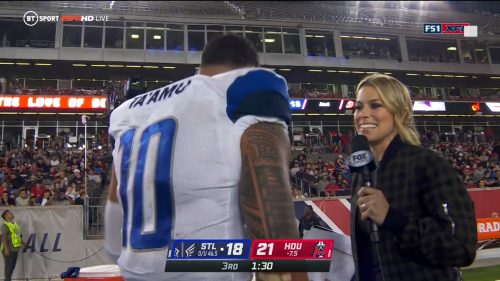 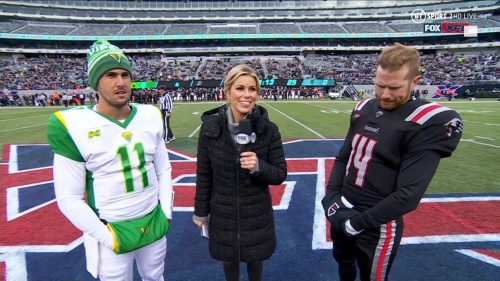 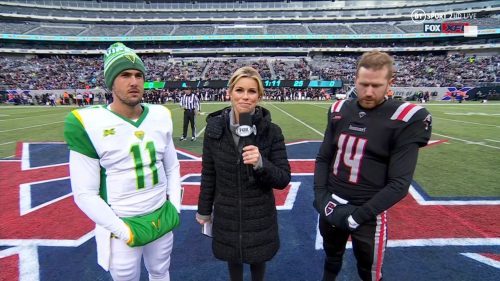 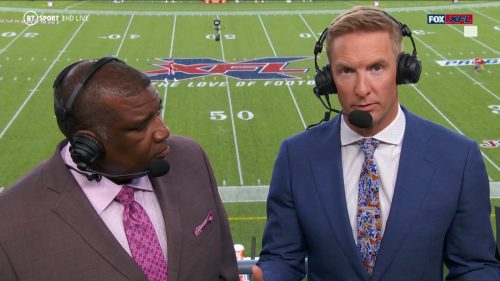 Joel Klatt – born February 4, 1982 – is a college football color commentator and analyst for Fox Sports. Klatt played college football for the University of Colorado (CU) Buffaloes. He was the first three-year starter at QB for Colorado… 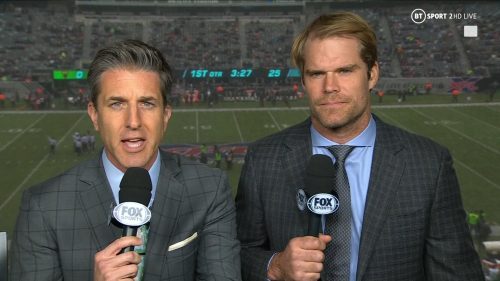 Gregory Walter Olsen – born March 11, 1985 – is an American football tight end for the Seattle Seahawks He played college football at the University of Miami and was drafted by the Chicago Bears in the first round of… 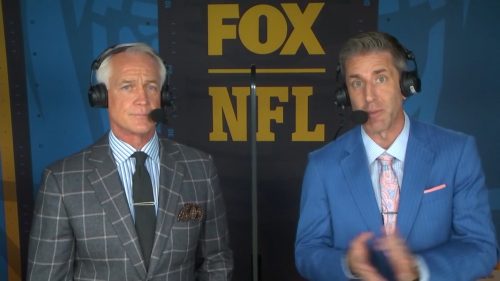 Kevin Burkhardt – born 2 March 1974 – is an American sports presenter. He is currently one of the play-by-play voices for The NFL on FOX and a reporter with SportsNet New York (SNY), Burkhardt is the field reporter during…