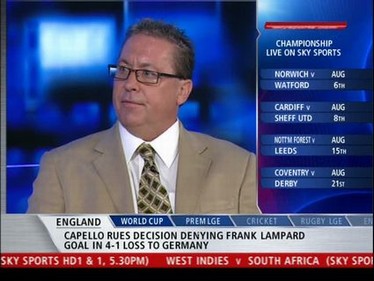 Born September 26, 1958 in Camberwell, London, Kenny Sansom was an English footballer who remains his country’s most capped full back.

Sansom shone at left back in the youth team at Crystal Palace, whom he joined while still at school, and was deemed good enough to make his first team debut at the age of just 16 – remaining to this day Palace’s second youngest ever debutant. In 1977 he captained the Palace juniors team to FA Youth Cup success while also skippering the England at the same level.

Quick, calm, strong in the tackle and an excellent crosser of the ball, Sansom had a comfort in high-profile match situations which led to a remarkable feat of missing just one League game in 156, starting back in 1976, when Palace were in the old Third Division and were about to be labelled, infamously, the Team Of The Decade. Palace progressed through the divisions with this young side and briefly topped the old First Division at the end of 1979, though the heights predicted for the club never materialised, and honours eluded them.

Palace’s youngsters started to look for their next challenge and Arsenal put in a bid of one million pounds for Sansom in the summer of 1980, using striker Clive Allen as bait (this was unusual, as Allen was an equally prized young player and had only joined Arsenal weeks earlier, and had yet to play for the club). Palace accepted the bid and Sansom left for Highbury. The same summer he had starred for England in the 1980 European Championships in Italy, though England did not make progress. Sansom had made his debut the previous year in a goalless draw against Wales.

At Arsenal, it took Sansom a whole seven years to win a trophy, with the Gunners largely underachieving through the early and mid-1980s, therefore it was for his England career for which Sansom gained plaudits and recognition. He was rarely out of the team and played in the 1982 World Cup in Spain, which England exited in the second group phase; and was still the first choice left back for the 1986 World Cup in Mexico, playing in all of the matches up to and including the quarter final defeat against Argentina, aided by the Hand Of God goal.

Still not yet 30, Sansom missed only a handful of England matches between 1980 and 1988, with only the odd rest given to him in friendly matches so that coaches Ron Greenwood and then Bobby Robson could check on potential replacements (Derek Statham, Alan Kennedy, Nick Pickering) in the event of Sansom suffering from either injury or chronic loss of form. Neither happened.

Sansom was still a firm fixture in the No.3 shirt in 1987 but the first genuine sign of competition came in the same year, when the Nottingham Forest left back and captain Stuart Pearce was given his England debut against Brazil and played well, setting up England’s goal for Gary Lineker. But Sansom was still in the side when the business of qualifying for the 1988 European Championships in West Germany was on the agenda.

Also in 1987, Sansom finally won some domestic silverware, captaining Arsenal to a League Cup final victory over Liverpool at Wembley. Sansom had started the move which had led to Arsenal’s late winner, scored by Charlie Nicholas.

The following season, Sansom’s relationship with his Arsenal manager George Graham soured and he was replaced as captain by fledgling defender Tony Adams, who was just 21. Sansom did, however, keep his place in the side (even though Graham had just signed a long term replacement in Nigel Winterburn) and Arsenal reached the League Cup final again, only to lose 3-2 to Luton Town in a dramatic and exciting match.

That summer, Sansom was Robson’s first choice left back for the European Championships, but England were a disaster, losing all three of their group games, starting with a humiliating 1-0 defeat to the Republic of Ireland in their first ever finals match, having qualified under the management of Englishman and 1966 World Cup winner Jack Charlton.

Sansom made a horrible error for the only goal of the game, toeing an attempted clearance high into the air and putting pressure on his fellow defenders, from which John Aldridge won a header for Ray Houghton to nod the ball past Peter Shilton. Sansom played in the other two group fixtures but it was obvious that Pearce (who wasn’t at the tournament due to injury – the uncapped Tony Dorigo was Sansom’s covering left back in the squad) was now ready, after a season of achievement and leadership at Brian Clough’s Forest, to become England’s first choice No.3. After nine years and 86 caps (plus one goal – scored in a World Cup qualifier against Finland in 1984) Sansom’s international career was at an end, months before his 30th birthday.

To this day, Sansom is England’s most capped full back (replacement Pearce came close, ending his international career in 1999 with 78 caps) and only five players – Shilton, Bobby Moore, Bobby Charlton, Billy Wright and Bryan Robson – have appeared more times for England than Sansom. That said, David Beckham is posied to overtake Sansom, while Gary Neville is also set to overhaul him both in England appearances total and in status as the country’s most capped full back.

His Arsenal career at an end too, after 394 matches and six goals, Sansom rapidly fell from grace as a footballer but continued to play without the spotlight on him for many years. He initially joined Newcastle United, then continued with QPR, Coventry City, Everton, Brentford and Watford, as well as two short spells in the non-league game. Winterburn took over as Arsenal left back upon Sansom’s departure, and stayed there for 13 years, winning three League championships (including two in its previous pre-Premiership form), three FA Cups, a League Cup and a European Cup Winners Cup.

After playing, Sansom fell on hard financial times with business and gambling problems but has recently been back in football as a player on the veterans’ circuit. He is frequently called upon as a pundit to make comments on the game, especially with matters concerning Crystal Palace or Arsenal.

In 2005, Kenny was voted into Palace’s Centenary XI. 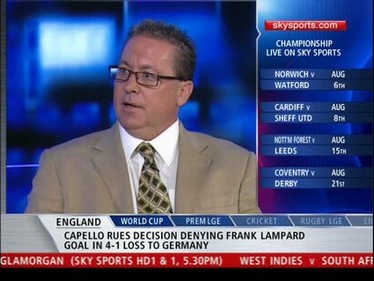 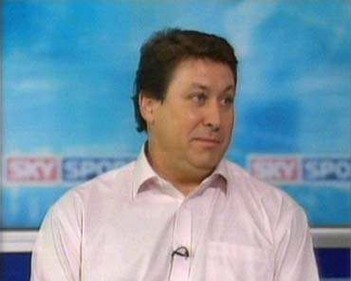 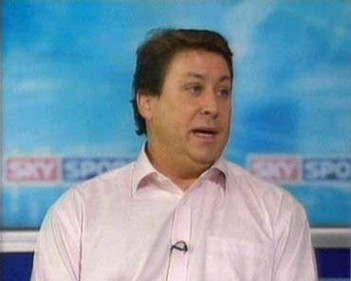