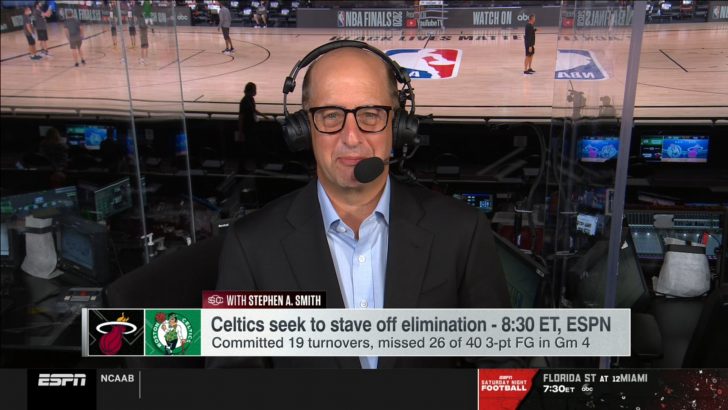 He has previously been the head coach of the New York Knicks and the Houston Rockets in the National Basketball Association (NBA).

Following his firing from the Houston Rockets in 2007, Van Gundy was a guest analyst for ESPN’s broadcast of the Phoenix Suns-San Antonio Spurs game in San Antonio, Texas, and he has since been a regular broadcast member for ESPN.

He now calls many basketball games as a color commentator with play-by-play announcer Mike Breen and Mark Jackson, including the NBA Finals. 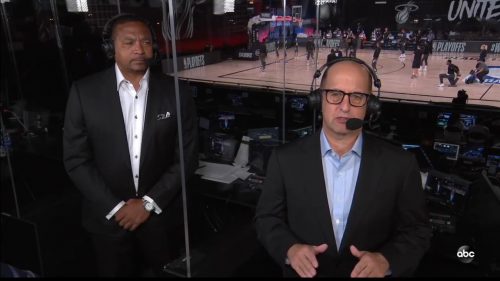 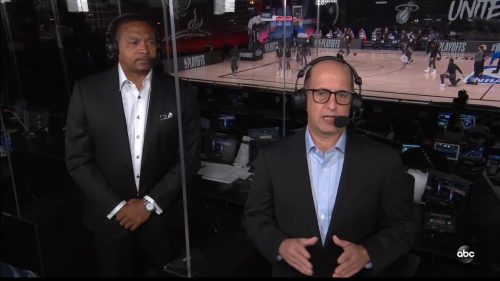 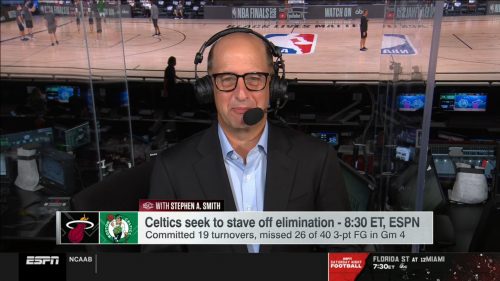 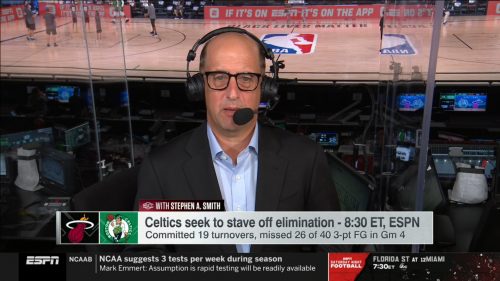 Adrian Wojnarowski – born March 4, 1969 – is an American sports columnist, reporter and author. He is an NBA insider for ESPN, having previously covered the NBA for Yahoo! Sports. Wojnarowski was born in Bristol, Connecticut on March 4,… Read more

Malika Andrews is an NBA reporter on ESPN. She works across ESPN platforms including ESPN.com, SportsCenter and ESPN Radio. She makes appearances on ESPN shows like Around the Horn and The Jump. Prior to joining ESPN in October 2018, Andrews… Read more

Earvin “Magic” Johnson Jr – born August 14, 1959 – is an American retired professional basketball player. Often regarded as the best point guard of all time, Johnson is also considered to be one of the greatest players in NBA… Read more