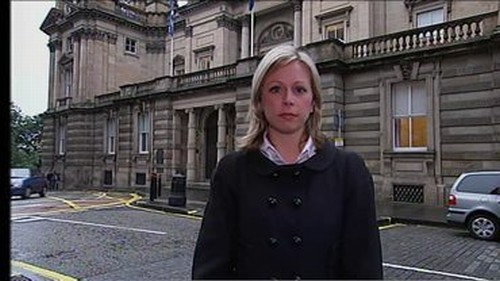 Debi Edward is a Scottish television broadcaster, currently working for ITN as Scotland Correspondent on ITV News and a reporter for STV News in Central Scotland.

Prior to this, she co-presented STV’s daily magazine programme, The Five Thirty Show, alongside Stephen Jardine, since the shows’ launch in January 2008.

Originally from Aberdeen, Edward joined STV in 2005 as a reporter and presenter of Scotland Today’s now-defunct weekday morning bulletins at 5.25am and during GMTV, and occasionally the weekend bulletins. Debi was also a stand-in for Scotland Today’s news opt-out in the West.

Edward quit her role on The Five Thirty Show in May 2008 to take up her new role at ITN and was replaced by ITV Morning News presenter Rachel McTavish.