How did you get started in broadcasting?
I answered an ad for the BBC’s first dedicated media correspondent

Why News broadcasting?
I’d spent 10 years as a print journalist writing about the media and I fancied doing something different

Where else would have viewers seen or heard you before?
I spent most of my BBC career working for the One, Six and Nine (later Ten) O’Clock News and Breakfast on BBC One. But in my time I’ve also done stuff for The Money Programme and Newsnight, and on Radio 4 (especially Today and PM), Radio 5 Live and BBC World Service (a bit of presenting, plus documentaries for the Global Business slot). I also co-presented a rather disappointing BBC Two series many years ago called The Technophobes’ Guide to the Future with Fi Glover and Dominik Diamond.

What is your Best on-air moment?
Can’t think of one particular moment but the best gig I ever had was four months as News 24’s Jubilee correspondent in 2002, travelling the length of Britain (plus a trip to Norway), visiting places I might never have gone to otherwise, generally in bright sunshine, surrounded by loads of happy people in holiday mood, covering everything from the concerts at Buckingham Palace to a mosque in beautiful downtown Scunthorpe.

What is your Worst on-air moment?
I’ve wiped the memory

What would you like to do before your career ends?
Make a programme in Africa

What do you like to do in your spare time?
I go to the theatre or read arcane history books

What advice would you give to anyone that would like to get into the broadcasting world?
Don’t do a media studies degree

A big thanks to Nick for taking part. 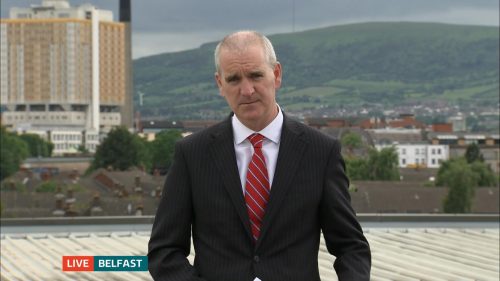 Name? Neil Connery Age? 34 Where are you from? Hayes, Middlesex. How did you get started in broadcasting? started at Wescountry television as a researcher in Weymouth after one year on Bournemouth Echo. Why News broadcasting? I always wanted to…