Age?
46. Born on August 9,1957, I share a birthday with Today programme presenter Jim Naughtie (an old friend from my days with Thomson Regional Newspapers in the early 1980s), Tam Dalyell MP, actress Melanie Griffiths (born on exactly the same day in 1957) and the late broadcasting legend Reggie Bosanquet.

Where are you from?
Born in Eastham, Cheshire (now in the Wirral South parliamentary constituency, I believe), I grew up in Cheshire (King’s School, Macclesfield) and Yorkshire (Wetherby High School and Tadcaster Grammar School) before a law degree at Southampton University, where I was also students union president.

How did you get started in Broadcasting?
When I was Political Editor of the Daily Express I became a regular newspaper reviewer and political pundit on radio stations including BBC Radio 5 Live, Talk Radio (now TalkSport) GLR (now BBC London) and LBC (on Richard Littlejohn’s show, among others) and on TV for Sky News, BBC TV, ITN, GMTV and regional ITV. (Richard Whiteley used to introduce me on Yorkshire TV’s political programmes as Wetherby High School old boy Jon Craig.)

Why News broadcasting?
In early 2001 I was approached about becoming Political Editor for the soon-to-be-launched BBC London, which was to replace Newsroom South East. The job involved daily reporting on the TV bulletins on BBC1 and BBC London’s radio station,94.9, presenting the weekly regional political programme MetroPol on BBC2 (now part of The Politics Show on BBC1) and writing a weekly political column for BBC London’s website.

Where else would have viewers seen or heard you before?
My freelance broadcasting, described above, and my two years at BBC London before I joined Sky News in February 2003.

What is your Best on-air moment?
I’m not sure I’ve had any particularly distinguished on-air moments. Memorable ones, though, inevitably include September 11,2001, when like many journalists and politicians I dashed back to London from the TUC conference in Brighton. I did a live on BBC1 from outside the US embassy at around 10.30pm and described how a candlelit vigil was beginning to form outside the embassy. Over the next few days that vigil grew very large and became a major story in London.

Secondly, I’m not sure if it was a good on-air moment, but in my time at Sky News one memorable moment was the day I broke the news last October that Tory MPs had the 25 names required to trigger a leadership challenge against Iain Duncan Smith. I ran as fast as I could from the Members’ Lobby of the House of Commons to Sky’s studio on the second floor at Four Millbank in Westminster. Being rather overweight and unfit I gave a very breathless, gasping and wheezing performance. Someone at Sky News was sufficiently amused to include it in one of the monthly news promos! I also broke the news of Tony Blair’s WMD deal with Libya on Sky News last December.

What is your Worst on-air moment?
I’m sure there have been lots of gaffes, blunders, technical problems, etc. I can recall the autocue breaking down during MetroPol a few times, guests arriving late so that I had to keep interviews going for what seemed like for ever! My least favourite moments have been when I’ve been drenched with rain on air. I remember one absolute soaking outside Tate Modern for BBC London. What made me particularly cross was that by the time Peter Cockcroft, BBC London’s weatherman, did his turn, the rain had stopped!

My most embarrassing on-air moment, though, was without doubt a dreadful slip of the tongue I made on Talk Radio many years ago in my Daily Express days. It was so bad and so vulgar that I couldn’t posssibly repeat it on a respectable website. It was also so hilarious that the presenter, the enormous (6ft 5in and 20 stone, at least) former Sky News anchorman Scott Chisholm, literally fell off his chair with laughter and couldn’t control his mirth for several minutes. Nor could my fellow-pundit, my good friend Paul Wilenius (then of the Today newspaper and now a BBC political correspondent). Red faced or what? All I can say is, thank heaven it was radio and not TV!

What would you like to do before your career ends?
I hope it’s not going to end for many years yet! I’ve worked for four national newspapers, two as political editor, and now for the BBC and Sky News. I’ve been a lobby correspondent at Westminster (for seven differenct news organisations in all) for more than 22 years now and I would hope to continue patrolling the corridors, lobbies (and bars) of the Palace of Westminster for many more.

What do you like to do in your spare time?
When I worked in newspapers I used to take the view that time off was for wimps, but broadcasting is rather more civilised and on days off I enjoy watching sport, walking in the Berkshire countryside, Cotswolds and Yorkshire Dales and – when I can – playing golf. I play very infrequently, however. The last time I played was in the News of the World golf day last August, when my playing partners included the Tory Shadow Cabinet member Tim Yeo, with whom I’ve played a few times and who’s excellent company on a golf course, and the recently-disgraced Ron Atkinson. Ron, it has to be said, was excellent company that day and made some jokes in his after-lunch speech about the appallingly bad standard of my golf.

What advice would you give to anyone that would like to get into the broadcasting world?
Not sure I’m terribly well qualified to offer advice about a career in broadcasting, having switched from newspapers only a few years ago. I’m often asked whether I’d advise people to go into papers or broadcasting. I think these days I’d probably say broadcasting. I’m from a generation fortunate enough to have worked in newspapers in the days of reasonable salaries, company cars, staying in good hotels and editors who keep champagne in the fridge in their office. I suspect those days are over for many newspaper journalists. From what I hear, salaries are not what they were, fewer people get company cars and editors who generously invited staff to help themselves to the bubbly stuff from the fridge are rare. Political reporting has also changed because of the change in the hours the House of Commons sits. The Press Gallery, which a few years ago was buzzing until around 11pm, is dead most evenings these days.

A big thanks to Jon for taking part. 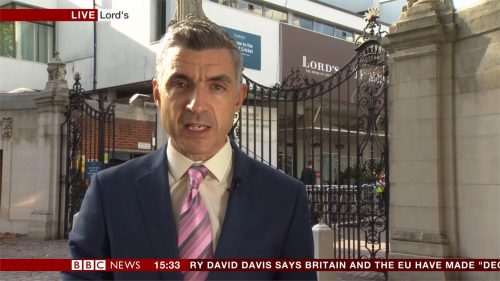 Name? Joe Wilson Age? 33 Where are you from? Leicester How did you get started in broadcasting? Very helpful people at BBC Radio Leicester took me under their wing and gave me an excellent foundation for all I’ve done subsequently… 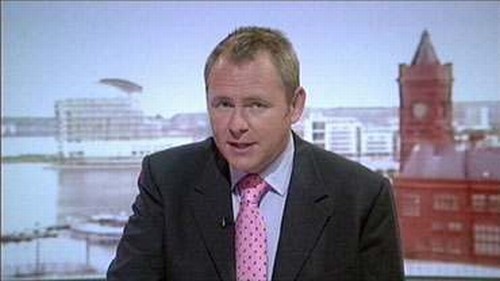