Where are you from?
South East London – Greenwich.

How did you get started in broadcasting?
Well, I wrote off to around 20 radio stations whilst I was a student, asking if I could come and help out – make coffee, answer phones, that sort of thing – BBC Radio York replied and said that they actually wanted someone 3 mornings a week to do the traffic and travel on their brekkie show, do a paper review, go out with the radio car and yes make coffee. I had to go up on the train to York for an interview and a week later I was going to Kings Cross with a huge trunk packed with all my stuff and I stayed for a year. By the end of the year I was doing news shifts and got the chance to interview some great people. The first ever proper interview I did was with Trevor McDonald. He had just written a book about The Commonwealth. He was so kind and he wished me, a nervous little local radio reporter, all the best with my career.

Why News broadcasting?
News was always on in our house. Sunday lunchtimes were silent except for The World at One and whispers of could you pass the gravy please. Since I was very young I`ve always loved Politics and felt comfortable talking about it. Me and my dad would sit for hours after everyone had left the table discussing the Politics of the Day. I don`t understand why people are so turned off politics these days. It`s fascinating on absolutely every level. Politics and Religion – my two favourite topics. I wok on The Politics Show in Birmingham a lot. I`m working there at the moment.. Just made quite a powerful film about Assisted Dying and Lord Joffe`s Bill.

Where else would have viewers seen or heard you before?
Er.. Possibly Midlands Today where I sometimes work.. Erm.. Possibly BBC Hereford and Worcester, Radio Derby, Radio Cornwall, Radio Ulster, occasional voice-overs erm…. Busking in York ?!

What is your Best on-air moment?
Cutting the national news off during the breakfast bulletins in 1991 as the end of the first Gulf War was about to be announced. It looked like this: breakfast news presenters in London suffle bits of paper and look sideways and weve just heard that we`re about to go over live to Washington for a very important announcement. CUT to Bernadette Kearney brushing her hair before the next regional opt. brush brush brush.. Two minutes later, CUT back to presenters in London and, we`ll bring you more news as we get it of that very imporatnt announcement from Washington, that the Gulf War is over. !!!!! What perfect timing. Lots of people phoned in and said it was the best laugh they`d hever had.

What is your Worst on-air moment?
During a phone-in on BBC Hereford and Worcestershire when we were debating immigration. Often a tricky subject but not one I`m frightened of. There were loads of BNP-planted callers who were very reasonable and intelligent off air speaking to the researchers and as soon as we put them through to air, changed their stories, became abusive, attacked me, attacked everyone, said quite unacceptable things about Black and Asian people and I kept taking them off air. By the end of the show I was exhausted.

What would you like to do before your career ends?
Retire. But seriously.. Present a national radio programe. I`ve really grown to enjoy Radio 4 lately…

What do you like to do in your spare time?
Amateur Dramatics. Tickets are in fact on sale NOW for Alladinella – two pantos for the price of one, at Wellington Heath Village Hall at the end of February. I enjoy music and play the piano, guitar, violin and viola. And I do quite a bit of lay-preaching and teaching for various churches.

What advice would you give to anyone that would like to get into the broadcasting world?
Do NOT take yourself seriously. Work out what it is you want to say to the world and find opportunities to say it. Don`t dumb down, its so passe. Always keep a bag of Revels in your handbag for those tricky moments.

Other Information?
Yes, I`m 5,11, size 10, with long blonde hair and I`ve just had rather large breast implants. A big thanks to Bernadette for taking part. 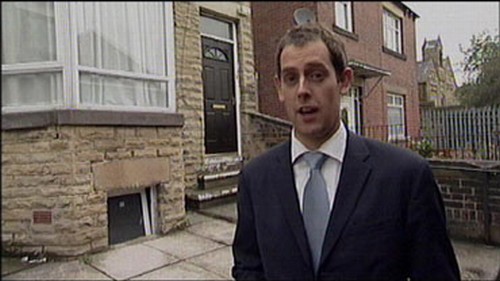 Name? Ben Moore Age? 29 Where are you from? Leeds How did you get started in broadcasting? Like many I got into student media. I worked for URN (University Radio Nottingham) where I studied and was an editor for the… 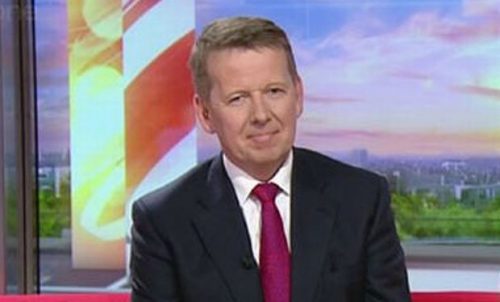 Name? Bill Turnbull Age? 50 Where are you from? Born in Surrrey, live in Bucks. Any number of places in between. How did you get started in broadcasting? Radio Clyde, Glasgow. I wrote asking for a job after the postgrad… 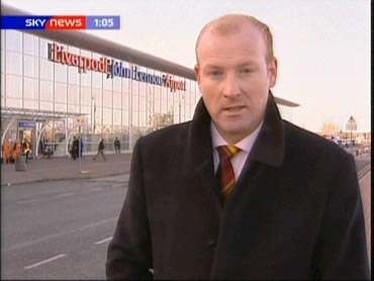 Name? Bernard Smith Age? 33 Where are you from? Manchester How did you get started in Broadcasting? I did a postgraduate diploma in Radio and TV Journalism at the University of Central Lancashire. From there I pestered a lot, did…