Vanessa Cuddeford to go on maternity leave this week 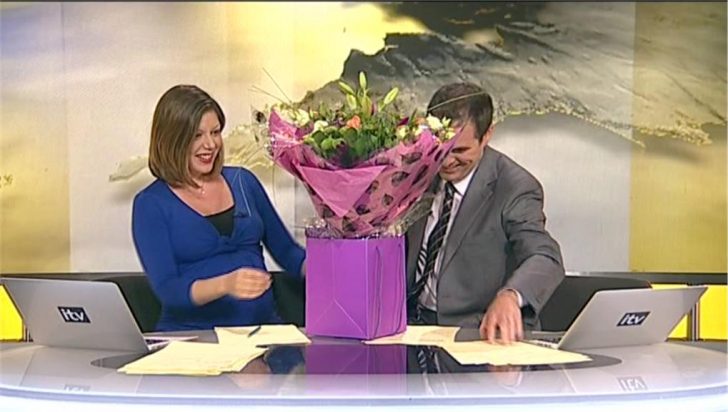 Vanessa Cuddeford presented her last programme with Ian Axton tonight before she goes on maternity leave this Friday.

Ian will host The West Country Tonight on location tomorrow and Friday, while Vanessa will present from the studio, so tonight was the last time the pair will share the sofa together before the presenter has her baby.

Vanessa, who is nine-months pregnant, started her journalism career with the BBC in Wales. She spent two years working in radio and television news before leaving the BBC for ITV Westcountry in Plymouth where she worked as a reporter, producer and presenter on Westcountry Live.

London and national news beckoned in the form of ITN and GMTV where she worked as a correspondent.