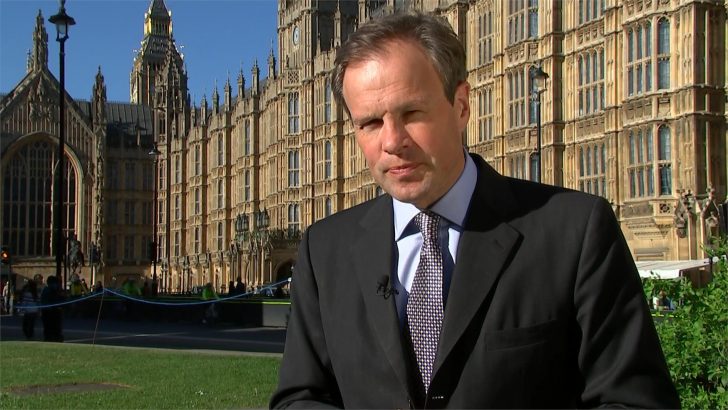 Thirty years ago today, I walked into ITN to begin my first job as an Editorial Trainee,” said Tom on Social Media.

“The time since has spun by and I am very grateful for all the brilliant colleagues who have made it such a fantastic experience.”

BEST DAY – The declaration of the first IRA Ceasefire in 1994. I couldn’t quite believe it was happening. To this day, I find it a great source of hope in relation to human conflicts everywhere.

WORST DAY – Getting shot in Jakarta during a riot in 1999 A big thank you to my cameraman Sean Swan and soundman Russ Padwick for patching me up and getting me out of there. The footage of Sean swearing at everyone who is trying to rob us as he attempts to stem the bleeding in my leg is something to see.

MOST IMPACTFUL SCOOP – Probably the documentary last year in which Harry and Meghan admitted just how unhappy they were in the royal family.

BIGGEST MISSED SCOOP – The IRA Ceasefire. I was told on the Friday before that it was going to happen by a senior member of the Intelligence Services. I went looking for further corroboration and the Observer ran the story in the meantime. I learned the hard way that sometimes, when you have a good relationship with someone and he or she is very senior and in a position to know something for sure, then one source is good enough.

AN UNINTENDED CONSEQUENCE – What transpired after I told Prince William his phone was probably being hacked by the tabloids. I had no idea of the scale of it or of what would subsequently unfold.

BEST ASPECT OF THE JOB – People; colleagues, contacts and indeed meeting viewers. I am really missing the social side of the job during Covid.

WORST ASPECT OF THE JOB – The increasing hostility towards journalists and the number of people traducing our motives. We are far from perfect, but people will miss us when we are gone.