ITV’s Regional news replacement for The West Tonight and WestCountry Live, will broadcast at 6pm every weeknight from Monday 16th February 2009.

The bulletin will cover seven counties in the West of England and will include at least 15 minutes of dedicated news in each of the ITV West and ITV Westcountry regions. 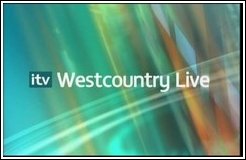 Lisa Aziz said: “I’m thrilled to bits. I love my job and I’m really excited to be giving the important news to our viewers and getting out and about in the Westcountry.”

Westcountry Live Presenters Richard Bath and Alexis Bowater are being made redundant. Jemma Woodman and Julie Fisher will also be departing from the news.

The ITV Westcountry headquarters in Plymouth will close shortly and merge with ITV West in Bristol.