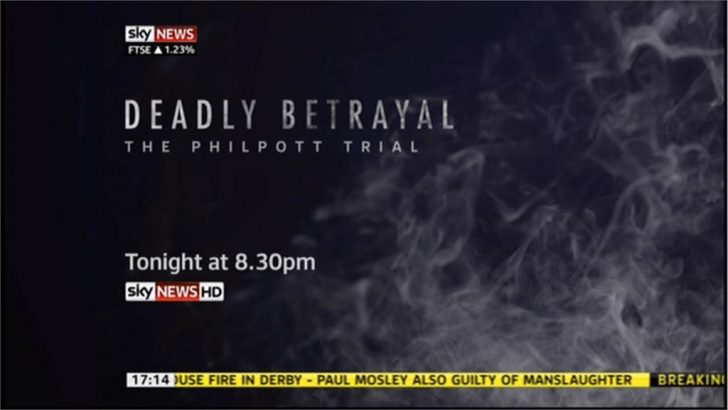 TV broadcasters will air special documentaries this evening examining the background to the tragedy that shocked the nation – the deaths of six young children in a house fire in Allenton, Derby, in May 2012.

Parents Mick and Mairead Philpott and their friend Paul Mosley were found guilty of manslaughter at Nottingham Crown Court this afternoon.

BBC One will broadcast a hour-long Panorama special ‘The Derby Fire: Secret and Lies’ at 10.35pm. It promises “exclusive access to friends and relatives plus interviews with investigators closest to the case”. It also reveals how Mick Philpott’s home life was imploding in the months before the fire with rows, suicide bids and death threats.

ITV’s 65-minute programme on the case ‘The Man Who Would Stop at Nothing: the Mick Philpott Trial’ airs at 10.35pm.

Channel 5 will show ‘Philpott House Fire: The Truth’ which features interviews with the Philpotts’ neighbours Vicky Ferguson and Adam Taylor at 9pm.

And Sky News’ documentary ‘Deadly Betrayal, The Philpott Trial’ see’s correspondent Jason Farrell speak to Britain’s leading criminologist, Professor David Wilson, as well as two brothers who fought to save the children from the fire and those who were among the first to the scene.