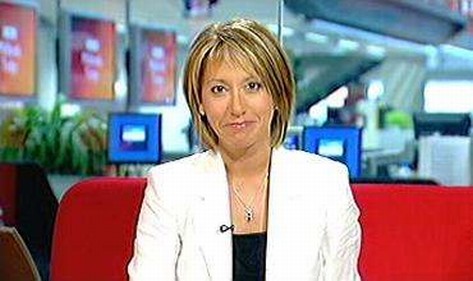 BBC Midlands Today presenter Suzanne Virdee has announced her departure from the show.

Suzanne, who joined the Midlands Today presentation team in spring 2001, will leave the show on Friday 30th March 2012.

She had been due to sign a new contract, but said: “Due to circumstances beyond my control it is not possible for me to sign a proposed five month contract.”

Virdee became a journalist at the age of 18, working as a trainee reporter at the Solihull Times before moving to Central Television. She then headed back to newspapers and worked for the Sunday Mercury and then the Birmingham Evening Mail.

She then joined BBC WM but after 16 months moved to Central News as a reporter, producer and presenter.

“It is with great sadness that I will not be continuing my long association with Midlands Today,” she said.

“I have had many happy years co-presenting the programme and I am proud and privileged to have helped make the programme one of the most watched regional news programmes in the country.

“It’s been an honour and a privilege to bring the news to the region where I was born and brought up and I really am extremely grateful for that opportunity and the support I have had from viewers.

“Working with my dear friend and co host Nick Owen has been a total pleasure and us being honoured with best presenter awards along the way was an unexpected highlight.

“During my time at Midlands Today I have worked with some superb colleagues, many of whom have become firm friends and have been a massive support to me.”