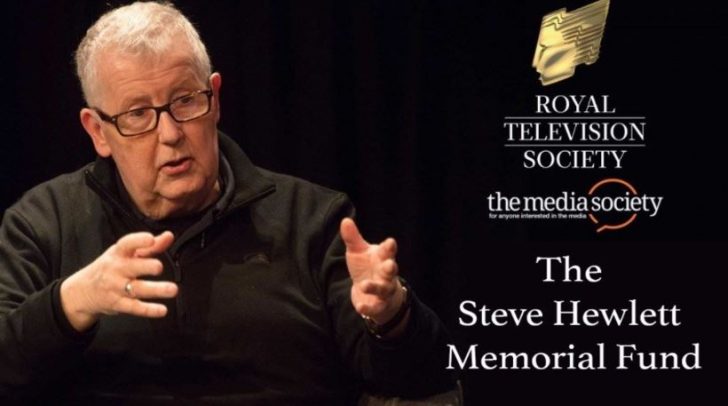 Stewart Purvis – the former Chief Executive of ITN and Ofcom regulator – is to compete in the Great North Run for the Steve Hewlett Memorial Fund.

The appeal was set-up by the Royal Television and Media Societies in memory of Steve Hewlett, the broadcast who passed away from cancer earlier this year.

Stewart decided to run earlier this month on the day that would have been Steve’s 59th birthday. “It seemed the perfect moment to confirm I was going to do it. I have shaken off a few injuries, which I picked-up during training and I will definitely get round the half marathon course” said Purvis.

The Steve Hewlett Memorial Fund will provide a scholarship initiative for young people from low income households studying broadcast journalism along with other associated activities to support Steve Hewlett’s legacy. All the major broadcasters have backed the appeal.

Clive Jones, who chairs the appeal, said: “We have already raised more than £20,000 and we are looking to Stewart’s sponsored run, together with a major event at the Edinburgh International Television Festival and the first Steve Hewlett Memorial Lecture, which Nick Robinson will give at the University of Westminster on 28 September, to attract many more donations and help many more students follow in Steve’s journalistic footsteps.”

You can sponsor Stewart in his run by going to his Just Giving page; by donating direct via https://www.rts.org.uk/SteveHewlettFund or through bank account number 32510047 with the sort code 60-40-04.

“I am deeply touched and grateful to Stewart for running in support of the Steve Hewlett Memorial fund,” said Steve’s wife, Rachel.

“Steve was always so willing to spend time helping others within the industry, especially when it came to encouraging young talent. I know he would be chuffed that so many of his friends and colleagues have come together to establish this fund in his name.

“Any donation will go towards making sure that Steve’s passion continues to inspire and support young journalists for many years to come. Good luck Stewart!”