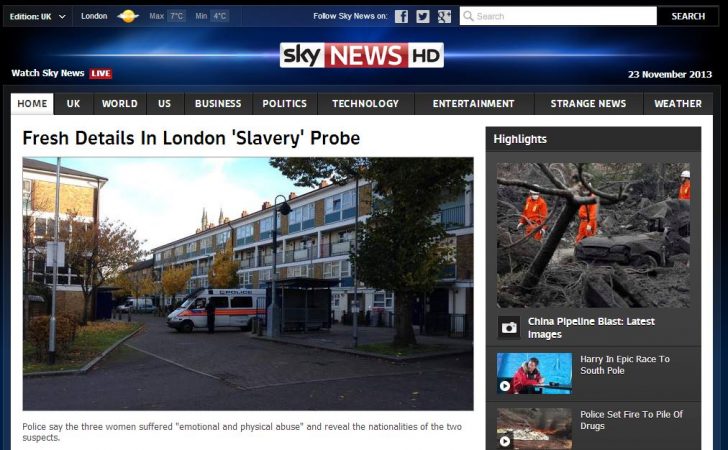 The Sky News website has been named best news and information website at a top awards ceremony in London this week.

It was chosen by members of the British public who voted for their favourite websites in 20 different categories, including sports, leisure and travel, and finance.

Skynews.com picked up the highest average score based on content, navigation, design and recommendation likelihood.

Jon di Paolo, executive producer of skynews.com, said: “It’s really pleasing to see the hard work and talent I see in the team every day being recognised.

“Hopefully this is just the first of many more successes to come.”

There was more success for BSkyB as sky.com also won the best media and entertainment website prize.

About 90,000 votes were cast for the MetrixLab UK Website of the Year awards which has been called the biggest annual online public prize in Europe.

Some 238 websites had been nominated for the event which is now in its 10th year.