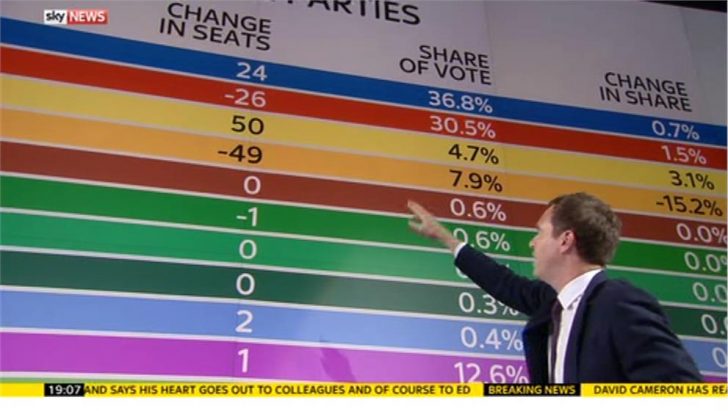 Sky News has set a new world record for the most concurrent live streams during its election night coverage, it has been confirmed

It comes after streams were fed in from 138 locations to cover 150 constituency results during the General Election in May 2015.

Richard Pattison, deputy head of technology at Sky News, said: “Getting the confirmation email yesterday was fantastic and an enormous relief.

“I had to provide a great deal of evidence to the Guinness World Records team to validate the attempt so I was slightly worried that what evidence we had might not meet their stringent criteria, but in the end it only took them a couple of days to ratify the attempt, great news.”