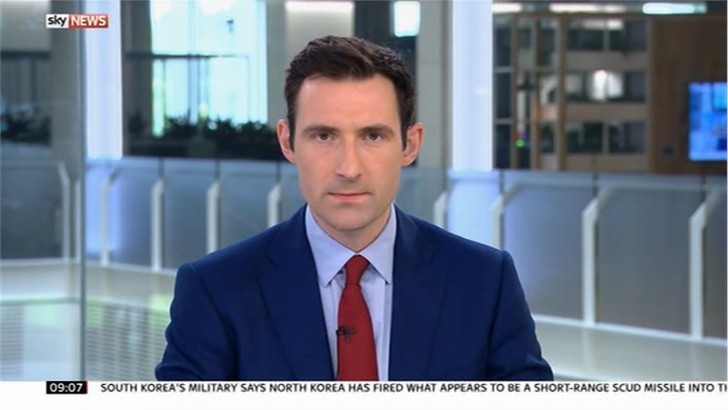 Presenter Tom Macleod has announced he is leaving Sky News and broadcasting in general for pastures new.

Tom – who has been with Sky News since 2014 – said “I’ve had a good time doing the job but there’s no shame in admitting that the last few years have seen my enthusiasm be extinguished somewhat,”

In a post on Twitter, Tom continued: “People have a perception of you as having “made it” when you tell them you are a news presenter but the reality can be somewhat different. But I’m not one to dwell on negatives and doing the job has given me a great opportunity to develop.

“Other areas of interest that I now move in to for the next stage of my career. I will miss some great colleagues! The BIG plus is that I can pretty much stay away from Twitter and social media in my next job

“So I’m looking forward to more peace and quiet in that regard. Thank you to everyone who watched and helped me over the years. Onwards!”

He then moved to the north of Scotland to present and produce the Afternoon Drive Time show on Waves Radio, 5 days a week.

He returned to London as a radio newsreader before joining Sky’s radio service in Leeds.