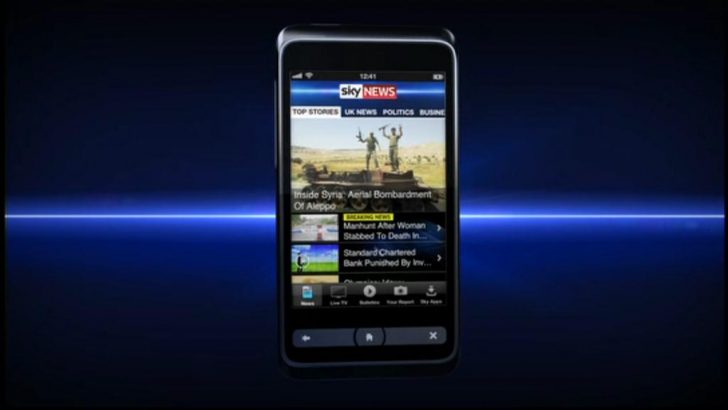 Sky News today announced that its mobile apps have now been downloaded over 10 million times.

As well as reaching the landmark figure, Sky News apps, which are available on iPhone, Android, iPad, Windows and Blackberry, have seen a rise in frequency with which they are being viewed.

In March alone, 1.7 million unique users visited Sky News’ iPhone app 68 million times and viewed 556 million pages – an average of 40 visits and 327 pages each over the course of the month.

The jump from 9 million to 10 million downloads has taken just five months with Android app growth especially strong and representing nearly half the rise in downloads since November.

“The popularity of Sky News mobile apps continues to grow – as does their usage,” said Andrew Hawken, Head of Sky News Digital.

“These figures represent the continued evolution of our digital platforms – an area in which we constantly strive to innovate allowing our customers to access the news the way they want, when they want.”

Last month Sky News announced that it had partnered with Urban Airship to upgrade its push notifications system on both its iPhone and iPad apps, offering instantaneous distribution of breaking news.