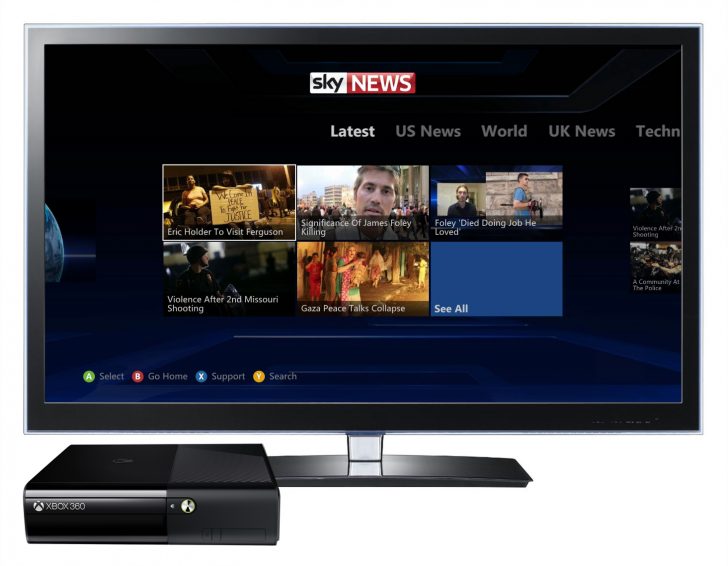 Building on the successful launches of Sky News on Apple TV, Roku and Livestation, Sky News has announced the forthcoming availability of its award-winning 24/7 broadcast news on Xbox 360.

The launch further extends Sky News’ presence in the US while giving its UK viewers a fresh new option for accessing live and on demand news coverage. The service will enable millions of Xbox customers in the US and UK to access Sky News directly through their Xbox 360 consoles.

From Tuesday 9th September, Xbox Live customers on Xbox 360 will see the Sky News icon on the TV section of their homepage, and with a single click, viewers will have access to a 24/7, live feed of Sky News. This includes the latest breaking news as well as business, political and entertainment coverage. In addition to the live channel feed, the Sky News app also offers access to a wide range of on demand stories through a constantly updating video on demand library.

The Xbox launch marks the next step in the expansion of Sky News in the US, giving millions of homes the ability to access Sky News’ internationally acclaimed coverage. Building on this growth, Sky News is also tailoring its channel feed for the US, incorporating editorial segments produced specifically for this audience. The channel will also include news and analysis from Sky News’ own US team based in bureaus in New York, Washington and LA.

“Making Sky News available on Xbox was an ideal way to achieve this. With a growing US footprint of a million users and a US news team, we’re thrilled that our coverage will be showcased to millions of Xbox customers.”