Sky News apologises after going through MH17 luggage on air 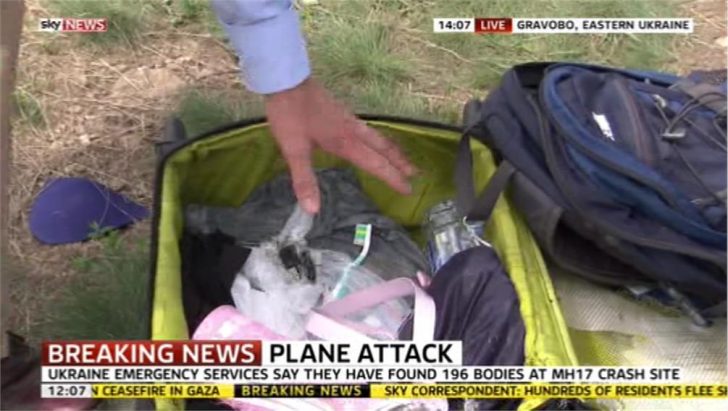 Sky News has apologised after a presenter rifled though a MH17 passenger’s luggage live on air.

Brazier bent down and picked up a child’s drink bottle and a set of keys before pulling away from the luggage saying “We shouldn’t really be doing this, I suppose.”

A spokeswomen for Sky News said: “Today whilst presenting from the site of the MH17 air crash Colin Brazier reflected on the human tragedy of the event and showed audiences the content of one of the victims’ bags.

“Colin immediately recognised that this was inappropriate and said so on air. Both Colin and Sky News apologise profusely for any offence caused.”