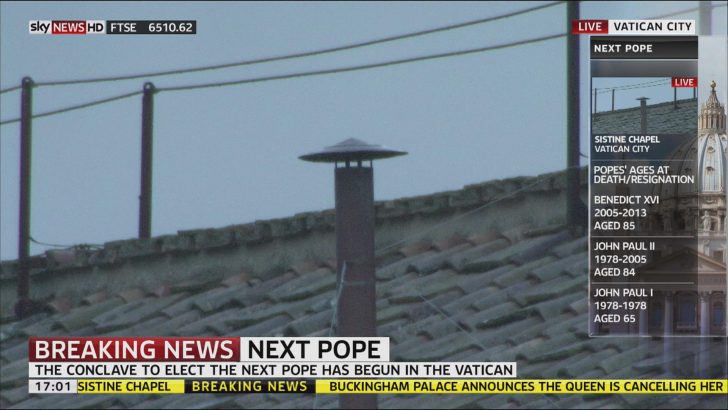 With the Papal conclave meeting in a bid to elect the new Pope, Sky News will feature special HD side panels with a live shot of the Sistine chapel chimney.

The live view will be available via Sky News HD side panels, for HD viewers, throughout the hours that the conclave sits.

Additionally the side panels will feature background information on the election of the new Pope as well as profiles of the leading contenders.