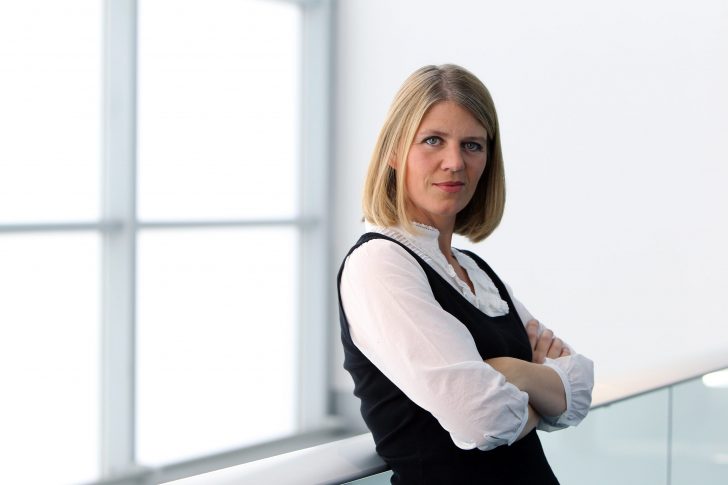 Siobhan Kennedy has been appointed the business editor of Channel 4 News.

She has been the programme’s business correspondent for six years and takes up the post immediately.

Siobhan’s new remit involves comprehensive reporting of every aspect of business including investigations, features and analysis of retail, banking and new business. Her role will also include securing interviews with major industry names and thinkers in business life.

Channel 4 News editor, Ben de Pear, said: “I am delighted to have appointed Siobhan to this key position. As an experienced business correspondent, she brings first-class financial journalism combined with creative story-telling at a time of huge excitement and change for business.”

Siobhan said: “This is a fantastic moment to become Channel 4 News’ business editor. The story of British business continues to be front and centre with an election looming, a referendum on Europe, and worries over the global economy slowing. I am excited and proud to take on this role and look forward to what I know will be a busy time ahead.”

Prior to joining Channel 4 News in 2008, Siobhan was the politics and business correspondent at The Times. She previously worked for Reuters for six years, in London and New York, covering everything from technology, media and telecoms to all aspects of the City particularly banking, private equity and M&A during the last boom.

She started her career in journalism and broadcasting at Reed Business Publishing and Radio 5 Live.

Siobhan has won a number of awards including the prestigious Wincott Award for TV journalist of the year in 2013. She was voted the private equity industry’s national newspaper journalist of the year (The Times) and won a coveted Newswomen’s News Club of New York award for her stories in the aftermath of 9/11.