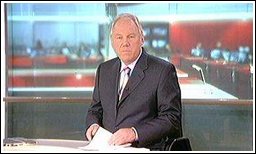 Peter Sissons is retiring from News broadcasting after a 45 year career.

The Long serving news presenter, who is now 66, will leave BBC News this summer and plans to write his memoirs.

Peter told the Daily Mirror Newspaper: “I do feel I’m still on top of my game and I still enjoy it. I don’t know how much I’ll miss it until I stop but I don’t think I’ll be sitting in a darkened room.”

Kevin Bakhurst, controller, BBC News Channel, said: “We would like to thank Peter for his outstanding contribution to the BBC over the past 20 years. 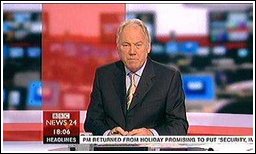 “He’s been a towering figure in TV news and it’s been a privilege for our teams to work with him. He will be missed and we wish him all the best with his future endeavours.”

His first news presenting job came in 1978, when he began presenting the News At One for ITV.

Sissons became the main anchor on Channel 4 News in 1982 and stayed with the programme before handing over to Jon Snow seven years later.

In June 1989, Peter Sissons took over from Sir Robin Day as the presenter of Question Time. He continued until December 1993.

He began presenting on the BBC News Channel during the Iraq War in 2003 and now presents at weekends.