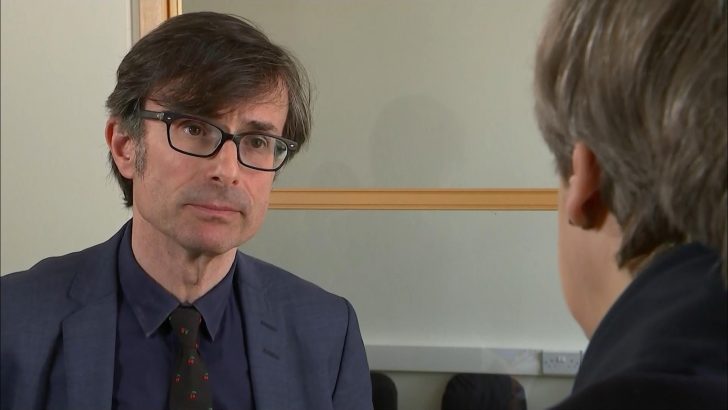 ITV has today announced that ‘Peston’ is to move to a new slot on Wednesday nights, airing after ITV’s News at Ten.

The current affairs series – presented by Robert Peston – has aired on ITV since May 2016 on Sunday mornings.

“I could not be more pleased and excited that Peston on Sunday is moving to a Wednesday night slot, under the shortened name of Peston,” said Robert.

“It has always struck me as significant that PoS typically has double or more viewers for its 10.15pm repeat than for its live broadcast at 10am, so I wanted to explore a possible move to first transmission in the evening, and it then seemed natural to change the broadcast day to Wednesday – because this is often the biggest political day of the week, and includes Prime Ministers’ Questions.

“I am immensely proud of what we have created at Peston on Sunday. Peston, in its new slot, will retain its blend of agenda-setting interviews, digital interaction with the audience, cutting-edge graphical analysis, informality and fun, with some exciting new elements.

“There is no more important time to be challenging our leaders and influencers on the issues that matter to ITV’s viewers – with the UK facing the most momentous political choices for a generation, on Brexit, on how to fund and run vital public services, on how to solve the housing crisis, on how to end the record-breaking stagnation of living standards.

“At the new Peston we aim to be at the heart of the national debate, but never pompously or boringly”.

Peston will return in its new Wednesday night slot this Autumn.