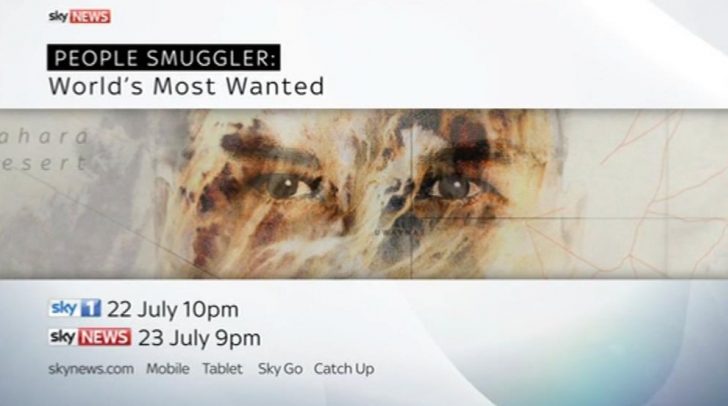 Sky News’ Special Correspondent Alex Crawford has crossed war-torn Libya on the hunt for the most dangerous people smuggler in the world.

In this gripping new documentary, Alex and her team unmask the men and the gangs determined to cash in on human misery and death.

Produced by Toby Sculthorp, the programme follows Alex Crawford as she and the Sky News documentary unit trace the footsteps of the world’s most wanted human trafficker, Ghermay Ermias, described by the head of the elite squad assembled to catch him as a criminal whose brutality and cunning surpasses the Sicilian Mafia

The subject of an international man- hunt since 2013, Ghermay Ermias and his gang operate across a dozen countries in Africa and Europe. His trade in human misery has made him one of the wealthiest men in North Africa.

Now, with unprecedented access to the files of the team hunting Ermias and his gang, Alex Crawford is the first journalist to travel the length of Libya – a virtual no-go area for any westerners.

From their strongholds in the Sahara desert, to their safe houses in Benghazi and Tripoli, onto their hidden bases on the coast of the Mediterranean – Alex uncovers the inner workings of a highly sophisticated criminal enterprise

With the number of migrants reaching Europe at record levels, western governments have promised to dismantle the gangs and their masterminds. But in a Libya on the verge of collapse, in which she encounters Islamic State gangs, warring militias and corrupt officials all cashing in on the migrant racket Alex asks – what are the chances – if any – of stopping the 21st century slave traders?

John McAndrew, Director of News Output, Sky News said: “Alex, Toby and the team have done an incredible job in pursuing the man cashing in on thousands of African migrants risking – and often losing – their lives to get to Europe. This is a fantastic piece of original long-form journalism, tracing the migrants story back to its origins and exposing the inner workings of a ruthless international criminal network.”

People Smuggler – World’s Most Wanted is producer/director Toby Sculthorp’s first programme since he joined Sky News earlier this year to develop its long form programming. Over the past 25 years Toby has made BAFTA and RTS award winning films for BBC Panorama and Channel 4 Dispatches including the Secret Policeman. 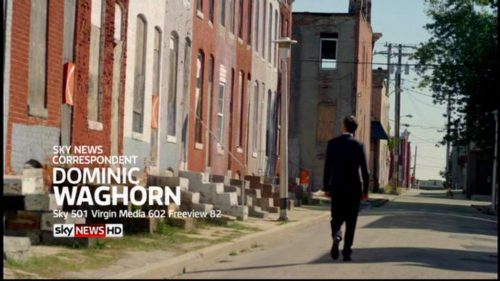