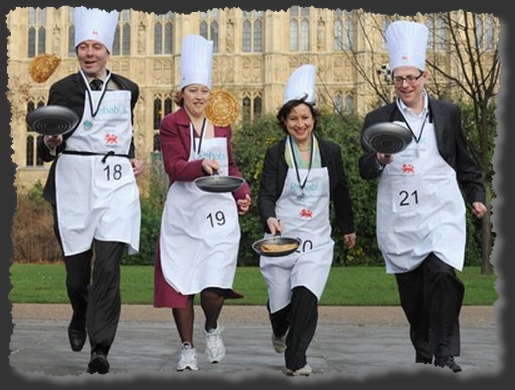 The race took place outside the Houses of Parliament and raised money for the charity Rehab UK. The race was won by Labour last year.

..The Westminster lot wasn’t the only news team tossing pancakes. The Thames Valley team were also giving ’em a good toss, before eating them.