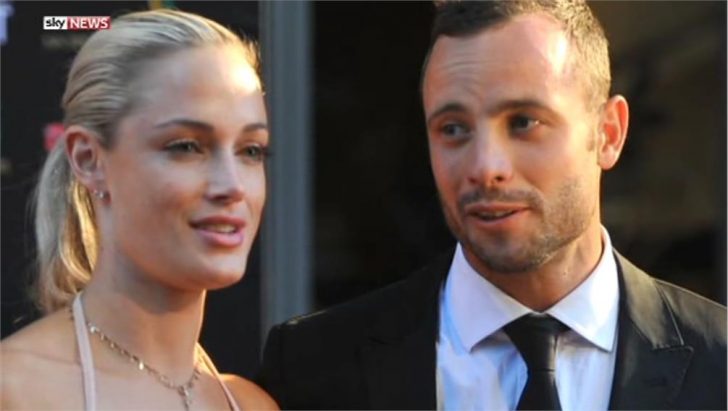 Sky News has revealed its coverage plan for the murder trial of Olympic athlete Oscar Pistorius.

In the early hours of 14 February 2013, Reeva Steenkamp was shot and killed by Pistorius at his home in Pretoria. The Olympian was taken into police custody and was formally charged with the murder of his girlfriend in court the following day.

The prosecution said that Pistorius had fired four shots through a locked bathroom door, hitting Steenkamp three times inside the bathroom. Pistorius said that he thought Steenkamp was in the bed, and that the person in the bathroom was an intruder.

From Monday 3 March 2014, Sky will be reporting live from Pretoria’s High Court in South Africa, on television and across all its digital outlets.

Jeremy Thompson will present throughout the day from Pretoria, interviewing a variety of guests including regular commentary from a South African lawyer and a forensic expert.

During the trial a special nightly programme reviewing the day in court will run at 9.30pm on Sky News and at 11pm on Sky 2.

The event will also be covered extensively on Sky News’ digital products including exclusive curated content online, on mobile and on Sky News for iPad. Features will include a 3D layout of Pistorius’ apartment, a live feed from a stenographer, a Twitter stream from the correspondents covering the trial, extensive image galleries and an infographic on the South African legal system.

“Our special nightly programme will offer a succinct review of the day and that, along with the wealth of information available on our digital products, will mean Sky News customers will have every aspect of the trial available to them at their fingertips.”