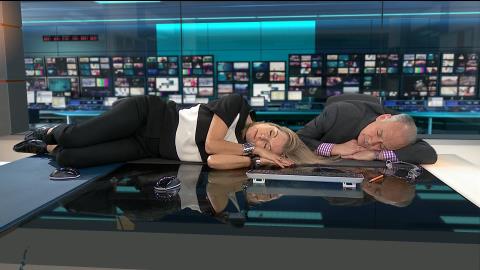 Another month, another internet craze.. last month saw people tipping ice cold water over themselves to raise money and awareness for ALS.

This month, people are being encouraged to post pictures of themselves sleeping in weird places in a bid to raise money to tackle homelessness.

Shelter from the Storm, based in Islington, is encouraging social media users to take a photograph of themselves or their friends sleeping in ‘weird and wonderful places’.

The charity says: “It costs just £10 a night to support 1 homeless guest, Let’s make this Winter the warmest ever!”

Thousands of people – including ITV News presenters Alastair Stewart and Mary Nightingale – have already posted their images in support of the campaign.

My #bedless picture for @SFTSLondon – take a picture of yourself in an unusual place to support the homeless… pic.twitter.com/pSKLTso4JD