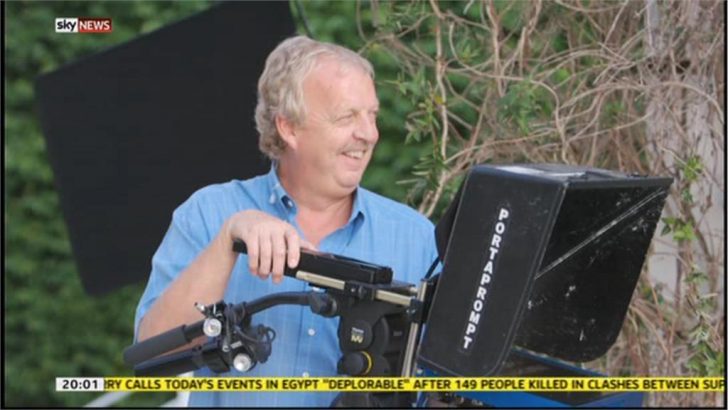 This afternoon, Sky broke the news that their cameraman Mick Deane had been shot and killed in Egypt.

The 61-year-old had worked for the news organisation for 15 years, and was based in Jerusalem.

He was part of Sky’s team covering the violence in Cairo, which was headed up by Sky’s Middle East Correspondent Sam Kiley.

“Everyone at Sky News is shocked and saddened by Mick’s death,” said John Ryley, the Head of Sky News.

“He was a talented and experienced journalist who had worked with Sky News for many years.”

The rest of the Sky News team in Egypt are unhurt.