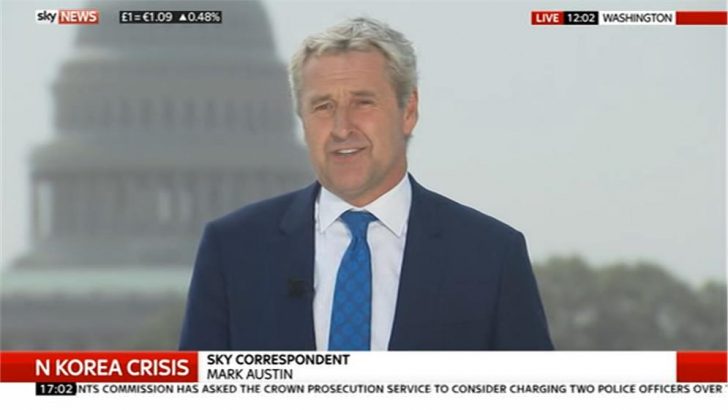 Mark Austin made his Sky News debut this evening.

The former ITN journalist is in Washington reporting on the latest on the North Korea Crisis and Donald Trump’s response.

Mark is based in Washington for Sky where he’ll cover the latest news from The White House and Capitol Hill.

Speaking of his appointment with Sky News, which was announced last April, Mark said: “The Trump Presidency is one of the most extraordinary stories of our time.

Mark spent over three decades with ITN, where he presented the News at Ten and the Evening News at 6.30pm, often on location from around the world including the Antarctic, Iraq, Libya, Haiti, Nepal and Mogadishu.

He has been named the RTS Presenter of the Year twice, won five BAFTA awards, an international Emmy for his reporting on the devastating floods in Mozambique, and a Golden Nymph for his coverage of the war in Kosovo.