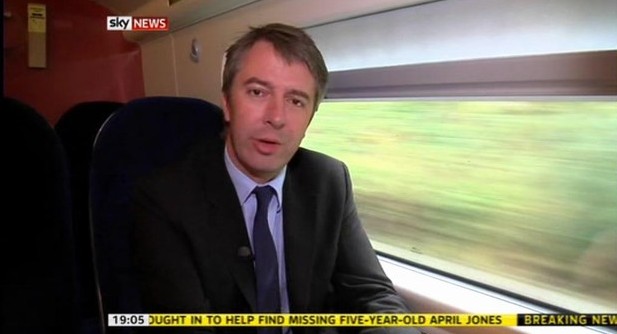 “After 18 years in journalism, 16 at Sky + near a decade at Westminster I’m soon leaving all three. V grateful to the many who’ve helped me,” Joey told his 18k+ followers on Twitter.

“Will soon be comms advisor in tech industry. Big change! Feels like the right time… But today I’m covering @Corbyn4Leader in Nottingham.”

Joey joined the political team at Sky in 2007 and has become a respected analyst of the Westminster scene and has developed a unique way of scrutinising Prime Minister’s Questions and other set-piece events. In 2009, he was nominated for the RTS Specialist Journalist award.

Joey broke the stories of the resignations of Jacqui Smith and Hazel Blears and shadowed David Cameron throughout the 2010 General Election.

@joeyjonessky Congratulations! Very excited for you – but also totally bereft. Millbank will not be the same.

Educated as a schoolboy in Exeter, Joey then studied History and English at Jesus College, Oxford University. He was a reporter at BBC Radio Devon from 1997 to 1998, before moving to report for the Euronews channel, based in Lyon, from 1998-99. He began to freelance for Sky News in 1999 and became a full-time member of staff from 2002.

UPDATED (14 Oct): video – Joey signs off on his last ever PMQs analysis