Jeremy Vine adds to his digital armoury with new website 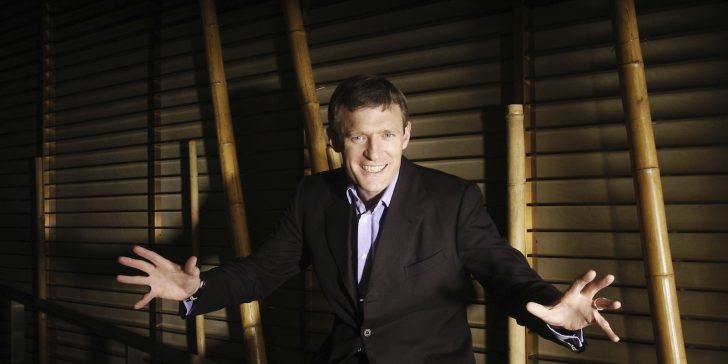 Vine, who is already a prolific tweeter, and also has a large following on Vine, has launched the website as a place to showcase his career, offerings and blog.

On the site, which went live last month, Vine has already posted a variety of posts, including one recalling his childhood memories of the treehouse his father built him in his garden, another talking about sending his daughter out for the day with a Scottish note (which was refused in a café) and a third discussing his thoughts on Taylor Swift vs Paul Weller.

Vine has also written about his iconic career moments, which include presenting the BBCs Swingometer during election night, and his job presenting the Jeremy Vine show on Radio 2, which, he says, means he is the ‘luckiest person alive.’

But it is Jeremy’s thoughts and behind the scenes images of Strictly which have garnered the most attention, with one image (above) he published on his website and shared on Twitter being used in numerous media publications, both print and online, when it was announced Vine was taking part in the popular Saturday night BBC show.

Natasha Courtenay-Smith, the web designer and publicist who built Jeremy Vine’s official website, says: “If you are well known, why wouldn’t you have a great website that showcases all your achievements and the diversity of what you do?

“Jeremy has such an interesting life already, and his fans love hearing his updates and thoughts, and seeing his photos on his website. The site is very new but he already has people leaving lovely comments for him and reading his articles.”