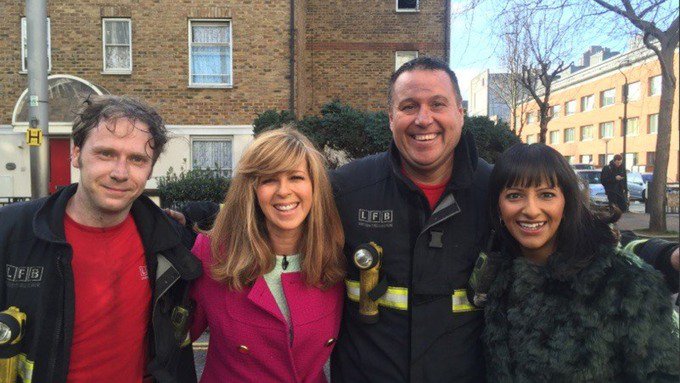 Good Morning Britain was taken off-air this morning after a fire broke out at ITV studios.

Four fire engines and 21 firefighters and officers tackled the fire, which left part of a post room on the first floor damaged.

Fifty people were evacuated from the block while firefighters tackled the blaze, which has now been put out.

“Four fire engines and 21 firefighters and officers have tackled a small fire at ITV Studios on London’s Southbank this morning.

“Part of a post room on the first floor was damaged by fire. The fire meant that Good Morning Britain was taken off air.”

Good Morning Britain remained off air until the Lorraine programme began as scheduled at 08.30am.

Think @kategarraway and @ranvir01 think they're on a hen do! @GMB pic.twitter.com/PIsfxNi3k9