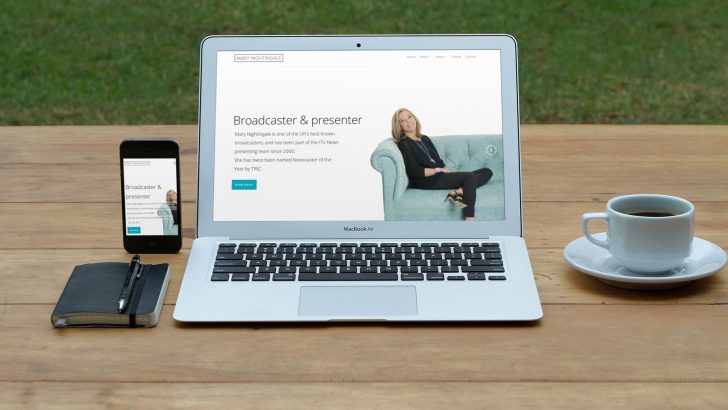 During her time at ITV News Mary has been involved in some of the UK’s biggest stories. She broke the news of the death of the Queen Mother, coverage which was later nominated for a BAFTA. She was one of the first to interview Kate and Gerry McCann after the disappearance of their daughter Madeleine in Portugal and the parents of Drummer Lee Rigby, the soldier murdered in Woolwich.

Mary has covered three General Elections, and interviewed numerous politicians, including Tony Blair. She made an hour-long documentary about Nick Clegg, accompanying the Lib Dem leader on the campaign trail, in the run up to the 2010 election.

On the website, Mary also talks about her work as patron of several charities, including The Rainbow Trust, The Willow Foundation and Action for Children.

She also includes ‘blast from the past’ images of her at the early stages of her career, presenting London Tonight in 1993 and Wish You Were Here in 1998.

Natasha Courtenay-Smith, who built Mary’s website, says “Someone like Mary who is on our screens every night has thousands of people looking her up per month by putting her name into Google.

“It is important to be able to showcase her talents and achievements to those who are interested in finding out more about her.”