Sky News to debate gun control in the United States 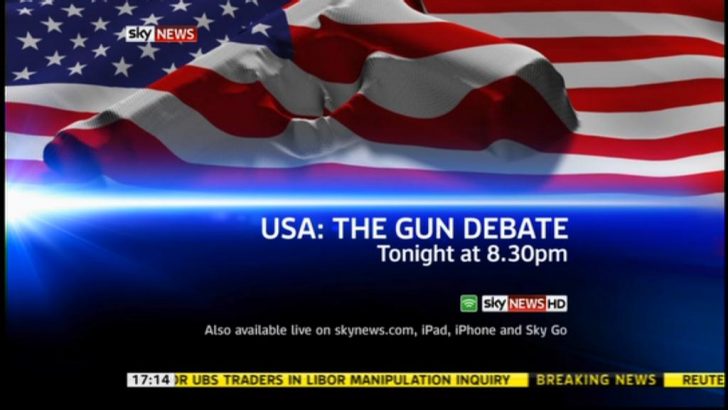 Sky News will broadcast a special hour-half programme this evening about gun control in the United States.

U.S. correspondent Greg Milam will host a Google Hangout with a number of participants from across the States.

They will attend an online video chat with Milam where they will discuss whether it is time to rethink the right to bear arms like a 9mm Semi Automatic Rifle and if the constitution can ever be changed.

Gun ownership is on the agenda again after 26 people were killed in a shooting at a elementary school in Newtown, Connecticut last week.

On the morning of December 14, Adam Lanza fatally shot his mother Nancy Lanza at their family home in Newtown, before making his way to the Sandy Hook Elementary School and killing 20 children and six school teachers.

President Obama, in a televised address, said: “We’re going to have to come together and take meaningful action to prevent more tragedies like this, regardless of the politics.”